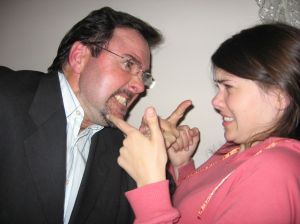 When I was a kid, my mom had a list of neighborhood kids she didn’t want me hanging around. For the most part, her intuitions were correct, and my childhood is now void of any shenanigans involving “the wrong crowd”. Sad really, but the good news is, I could find a way to be bad within the good crowd (a story for another day). Anyway, I’ve represented zillions of clients whose arrest involved something “wrong”—the wrong crowd, the wrong place at the wrong time, and so forth and so on. Often, if someone is going to blame a criminal charge on the “wrong” anything, it means we’ve probably got ourselves a repeat customer. I don’t want to Dr. Phil this point too much, but folks who blame themselves rarely come back to see me on a second case. Those who blame their wife, husband, or pet hamster–I’ve got a client for life. Job security.

Our case for today begins the same as any “American Greed” episode—a very wealthy, elderly, woman is befriended by a married couple. The married couple “assists” the old lady with the legal affairs of her estate while she was of limited mentalcapacity. Somehow, the married couple ends up as beneficiaries in the will. This is the case of Javellana v. State, 168 So. 3d 283 (Fla. 4th DCA 2015). Mr. & Mrs. Javellana were convicted of the financial exploitation of an elderly person by manipulating a will to become residual beneficiaries of a vast financial estate. Mr. Javellana went to trial and lost, but appealed the case on the grounds that “under a principals theory” the judge should have dismissed the charges as “there was no evidence he participated in the exploitation”. Id. at 284. Before we get into the evidence of exploitation, let’s briefly explore what it means to be convicted as a “principal” to a crime.

There are plenty of shady words in the world of criminal defense, and “principal” ranks right up there with “loitering and prowling”, the “odor of cannabis”, and an “unrecorded confession”. Basically, being charged as a “principal” means the state doesn’t have much evidence against you. It means that there’s a good chance the charges are bogus. When you see the word “principal”, your BS detector should be on high alert (you get the point).

Technically speaking, Florida law states that “to convict under a principals theory, the State is required to prove that the defendant had a conscious intent that the criminal act be done and . . . the defendant did some act or said some word which was intended to and which did incite, cause, encourage, assist, or advise the other person or persons to actually commit or attempt to commit the crime.” Id. citing Hall v. State, 100 S. 3d 288, 289 (Fla. 4th DCA 2012). Sounds pretty vague, right? How do you prove “conscious intent?” Real life doesn’t involve 007 villains willing to spell out their devious plans before they slowly kill Mr. Bond. Absent such a convenient monologue, a charge as a “principal” is just the product of lazy government workers.

Back to Mr. & Mrs. Javellana. Keep in mind that Mrs. Javellana did not challenge her conviction, but her husband did. When Mr. Javellana called out the state on their lack of evidence, the state reminded the court of the following facts:

“1) that the defendant had a long-standing relationship with [the rich lady] and should have known she was incapacitated,

2) that he drove [the rich lady] to the attorney’s office, where she executed the estate document amendments that were favorable to him,

3) that he and his wife waited until [the rich lady] had severe dementia to have the attorney draft the amendments”. Id. at 285.

Assuming for a moment that Mrs. Javellana is guilty of exploitation, is there anything in the above facts that should convict Mr. Javellana? This case raises the question of just how much responsibility married folks must accept from their partner’s bad acts, especially when those bad acts benefit the married household. The wife of Bernard Madoff, Ruth Madoff, was not charged with any of her husband’s crimes, but somehow Mr. Javellana was convicted of his wife’s crimes. Fortunately, the appellate court wasn’t buying it. They threw out Mr. Javellana’s conviction, ruling that “the state points to no evidence establishing that the defendant was ever aware that [the rich lady] was amending her estate documents to benefit the defendant and his wife. There was no evidence that the defendant . . . even spoke to his wife about [the rich lady’s] estate. There was simply no evidence that the defendant knew anything about [the] estate or of any plan by his wife to exploit [the rich lady]; thus, there was no evidence of his conscious intent that the crime be committed.” Id.