Criminal Defense
Since 1993
Contact Us Now For a Free Consultation
Home
Articles
Have You Ever Read a Court Order? Read This One

Have You Ever Read a Court Order? Read This One 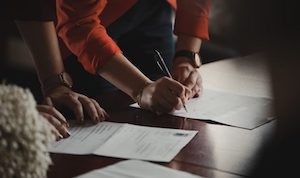 Have you been to Key West?

At times, I’ve found this place to be magical. Other times, its just another crowded, over priced tourist trap. Back in the 1990’s, I was in Key West and had the opportunity to meet Mel Fisher. He was just sitting there, drinking at Rick’s off Duval St. Within minutes, my (now ex) wife was buying treasure jewelry. What is treasure jewelry, you ask?

Mel Fisher was a treasure hunter in Key West. He was ridiculed by most folks because he came up empty handed for 16 years. Maybe “treasure hunting” was just an excuse to get out on the ocean every day with investor money, right? Every day for 16 years, he told his crew “Today’s the Day!!”.

Once you’ve failed to find treasure after five solid years of combing the ocean, isn’t it time to give up? What about the eighth year? The eleventh year can’t be an easy sell, can it? Surely after fifteen years of searching, who’s going to believe you know what the heck you’re doing.

Now, some of the stuff Mel dredged up wasn’t worth much, but they are artifacts of sorts, so folks transform these items into what is known as treasure jewelry. Basically, all the worthless little coins are transformed into earrings, or necklaces. You’re not buying gold, per se, you’re buying the story. And, its an expensive story.

In Seth Godin’s excellent book “All Marketers Are Liars”, there’s a story of how home stereo speakers were sold to Harvard students each year. When the college dorms are teeming with life, a crappy van pulls up to the dorms. The back door of this “shady” van opens wide to reveal speakers packed in like sardines. These “smart” college kids were told a story about how these speakers just, somehow, fell off the back of a truck–so they were quite a bargain.

Sure, the shady van folks implied that the speakers were stolen. And yes, these speakers sold like hot cakes.

Actually, the speakers were not stolen–they were clearance items bought from big box stores. Actually, these smart kids paid more for these speakers out of the back of a van, than they would have paid down the street at Best Buy. Why did they pay more? Because, they bought the story.

The legal lesson for today involves telling the right story. Today, we’re going to review what happens when you tell a judge the wrong story. The case for today involves the prosecution asking for a continuance because their star witness has a pre-paid vacation lined up to watch the solar eclipse. Now, I never would have told a judge this story–but to each their own.

Do you think a judge will grant a continuance so that someone can go watch the solar eclipse?

Do you think any judge, ever, has quoted a Carly Simon song?

Definitely recurrent, sometimes consequential, and occasionally spectacular,
the solar eclipse understandably occupies a provocative and luminous place in
history and in art. For example, Herodotus reports that a solar eclipse during the
war between the Medes and the Lydians caused the combatants, who interpreted the
eclipse as a divine omen, to suspend hostilities and to negotiate peace. In Borodin’s
magnificent opera, an eclipse portends disaster for Prince Igor’s military campaign
against the Polovtsians. In a popular 1970s song, the splendid Carly Simon
introduced the attendance of a former suitor (reportedly the actor Warren Beatty) at
a solar eclipse as probative evidence of his putatively insufferable vanity:

Well I hear you went to Saratoga
And your horse, naturally, won
Then you flew your Learjet up to Nova Scotia
To see the total eclipse of the sun
Well, you’re where you should be all the time
And when you’re not, you’re with some underworld spy
Or the wife of a close friend,
Wife of a close friend, and
You’re so vain
You probably think this song is about you

On a higher plane, Wordsworth wrote about an eclipse in 1820:

The solar eclipse is no longer mysterious, supernatural, foreboding, or
ominous (or even “total”; owing to the solar corona, the darkness of a “total” eclipse
is only partial). An eclipse is just another astral event, precisely predictable since the
day the Babylonians discovered the governing formula (although some contend for
an earlier discovery).

On this occasion, an Assistant United States Attorney boldly moves (where no
AUSA has moved before) to postpone a trial because an agent of the Bureau of
Alcohol, Tobacco, Firearms, and Explosives, has pre-paid the cost of visiting the
zone of “totality” of a solar eclipse that will occur on August 21 (about the eclipse,
the motion oddly uses the phrase “scheduled to occur,” as if someone arbitrarily set
the eclipse, as an impresario sets a performer, to appear at a chosen time and place,
subject always to some unstated exigency). * Cruel fate has dictated that the August 21 eclipse will occur during the trial of an action in which the agent is a principal participant on behalf of the United States.

In any particular month, about four-hundred actions pend before each active
district judge in the Middle District of Florida; each action typically involves several
lawyers, at least two parties, and an array of witnesses. A trial prompts the clerk to
summon scores of potential jurors. The present motion proposes to subordinate the
time and resources of the court, of the opposing counsel, of the witnesses, and of the
jurors to one person’s aspiration to view a “total” solar eclipse for no more than two
minutes and forty-two seconds. To state the issue distinctly is to resolve the issue
decisively.

When an indispensable participant, knowing that a trial is imminent, pre-pays
for some personal indulgence, that participant, in effect, lays in a bet. This time,
unlike Carly Simon’s former suitor, whose “horse, naturally, won,” this bettor’s
horse has — naturally — lost. The motion (Doc. 31) is DENIED.