How a Bad Joke Can Get You Seven Years Probation 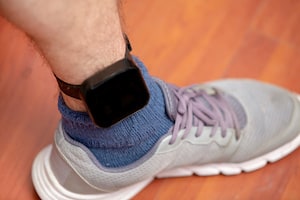 As I may have mentioned a thousand times before, it seems like we have criminalized everything. This new level of Big Brother strictness has really hurt our younger folks, who can get a criminal record far more easily than I could have as a kid growing up in the ’80s.

And, without boring you with my adolecent middle-class suburban shenanigans, let me admit now that–under current laws–it may have been possible to charge me and my friends with several felonies back in the day (that’s a slight exaggeration, my mom always told me I was a great kid).

The funny thing about growing up in the ’80s is that most “situations” were handled inside the school–with parents, and without police involvement. Today, schools have actual cops on staff, on constant patrol. And, if you have lots of people running around with hammers, it should be no surprise that they find a nail or two every now and then.

As a side note, when I became a public defender back in 1993, I was given “the Tour”. At the juvenile stop, the assistant public defender in that division was trying to make a point to me about how her young clients end up in the criminal justice system. She had 30+ youngsters in the courtroom, and she asked the kids to raise their hands if they had two parents at home. One kid raised his hand. Then, she asked for a show of hands for those living with one parent at home. Three more kids raised their hands. Next, she asked about those living with a grandparent, and several more hands shot up.

In our case for today, we’re heading back into that juvenile courtroom full of kids who have no idea what kind of trouble they’ve gotten themselves into. Our case begins in a middle school classroom, where several juveniles were telling each other April Fools jokes, on, you guessed it, April Fools Day, 2019. J.A.W. v. State, 2019 Fla.App. LEXIS 16736 (Fla. 1st DCA 2019).

Our little classmate, J.A.W., had “an almost perfect attendance record and a 3.1 G.P.A.” But, he told a bad joke. Here’s what he said:

“I’m going to shoot up the classroom. APRIL FOOLS!”

When the teacher heard this, J.A.W. (we use initials with juvenile defendants) earned himself a trip to the dean’s office. He was immediately suspended for several days. And then, things got worse.

Law enforcement caught wind of the joke and decided to have J.A.W. arrested for making a ‘false report’ concerning the violent use of firearms. Believe it or not, these sorts of false reports are a second-degree felony punishable by up to 15 years in prison (Fla. Statute 790.163).

Please remember, we’re dealing with middle schoolers here. J.A.W. is 12 years old. For those of you who watch the NFL, the saying goes something like this: “C’mon Man!!”

This kid decides to take his case to trial because having a second-degree felony on your record from age 12 is not the best way to start. And, as luck would have it, J.A.W. was found guilty and sentenced to seven years of probation (probation to end on his 19th birthday). J.A.W. appealed his conviction.

A decent analysis of any criminal accusation begins with a close look at the crime itself. My old paralegal used to stop me dead in my tracks when I started telling him about the “facts” of a new case–he only wanted to read the charging document (we call it an “Information”, other places call it an indictment). J.A.W.’s charging document lists a violation of Florida Statute 790.163, which is a second-degree felony, for “any person to make a false report with intent to deceive, mislead, or otherwise misinform any person . . . concerning the use of firearms in a violent manner against a person or persons.”

So, did this 12-year-old make a “false report” that would saddle him with a criminal history forever and ever?

At this point, you might reasonably infer that the question to be decided is this: under what circumstances can a joke that is explicitly not intended to be taken seriously still violate 790.163? id., footnote 1. This is a great question, right? And, we know that sometimes in life it is the quality of your questions that matter more than having the right answers, after all, a six-year-old can find answers on Google (Tony Robbins).

Anyway, the appellate court refused to answer the super interesting question listed above. Instead, the court’s analysis hinged on what constitutes a “false report”.

In previous cases, courts have defined a “false report” as something that is happening NOW. The statute is not violated by making claims about the future. The court put it this way: “As a matter of plain English, there is a distinction between a statement that ‘there is a bomb in the building’ and a statement, such as [the defendant’s], that ‘I’m going to blow up the building’”. id., citing D.B. v. State, 825 So. 2d 1042 (Fla. 1st DCA 2002).

For J.A.W.’s statement to be a crime, he needed to make a false or misleading report about an active shooting-type situation. As noted by the D.B. case, this statute “was designed to criminalize the type of hoax which has come to be known as a ‘bomb scare’.” D.B. at 1043.

And there you have it: a 12-year-old’s joke lands him in jail. Lands him in a trial. Saddles him with 7 years of probation. Then, it goes all the way up on appeal. Lots of effort for something that, probably, was cured long ago by a few days of suspension.