Criminal Defense
Since 1993
Contact Us Now For a Free Consultation
Home
Articles
How Long Does the State Have to File Charges?

How Long Does the State Have to File Charges?

Lots of people want to know, how long does the state have to file charges in Florida? And the answer is, this depends on two questions.

My first question is, were you arrested? Because this affects the time line. If you were arrested, we’re talking about something called “speedy trial” and the state must bring you to trial before speedy expires.

Now, on a misdemeanor arrest in Florida speedy trial runs in 90 days. For a felony charge, speedy runs in 175 days. So, those are your two deadlines if you have already been arrested. 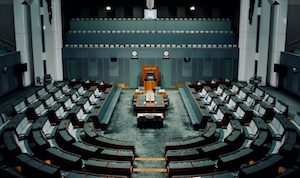 It doesn’t matter if you were arrested on a little felony, like driving while license suspended as a habitual traffic offender, or, a big charge like murder. Regardless of the severity of the charge, the state only has 175 days after an arrest to file charges, and that is found in Florida Rule of Criminal Procedure 3.191. And, there are entire books written about Florida’s speedy trial laws so we don’t want to spark up a mini-series here to review that topic.

But I tell you, the confusion comes when you’re trying to figure out the timeline when you haven’t been arrested. If you haven’t been arrested, the state’s timelines will be determined by two things. First, the Statute of Limitations. And second, your constitutional right to a speedy trial that is totally different from the 90 and 175 day statutory speedy trial time limits.

So, once again, this whole concept, entire books are written on this topic. Let’s see if I can boil it down for you in 90 seconds. The clock is going to start ticking for the prosecutors, obviously, when the crime was allegedly committed.

And if you have nobody arrested and a crime committed, the state of Florida has three to four years to arrest that citizen on that crime depending upon the severity of the charge. If the charge is serious, like a first degree felony, the prosecutors have got to file charges within four years.

But capital crimes, keep in mind, have no statute of limitations. Capital murder or capital molestation, you can be arrested on that at any time, even 40 years later.

So, all other felonies, the deadline is 3 years. That’s the limit. Second and third degree felonies, three years is the limit. Let me mention here that misdemeanors, obviously, have an even shorter time. A first degree misdemeanor must be filed on within 2 years.

There are lots of exceptions to the statute of limitations and how much time the state has to do these things. For example, theft crimes, they get extended five to six years depending on the circumstances, of course.

But what I’ve left out is the most important analysis of this time frame issue. And that is, the key to getting a case dismissed because the state took so long to file or arrest somebody is that–violating these time frames, violating the statute of limitations does mean that the charge will be dismissed. But it has to happen because the state failed to serve their warrant in a timely manner without “unreasonable delays.”

On these cases, we’re trying to figure out “what is an unreasonable delay?” Because if the state unreasonably delayed an arrest, this case is going to get thrown out if that arrest happened after the statute of limitations has expired. They have got to show some effort to get the case going in order to avoid having the case dismissed, and I want to give you an example.

So, remember that almost all felonies have a 3 year deadline.

And, our real life story today involves a guy name Watkins. He was arrested four years after an incident. So, Watkins’ defense attorney asked the judge for dismissal and that was granted based on the fact that the statute of limitations said he had to be served (arrested) within three years. The reason they dismissed Watkins’ felony at the four year mark wasn’t just because it was the four year mark. It was the unreasonableness of the delay because the prosecutors only attempted to serve him with a warrant one time in four years.

That one attempt in four years was considered an unreasonable delay. That’s why the case got thrown out. So, that’s what I want you to think about, is the delays involved. Those factor into whether or not the case can be dismissed on statute of limitations grounds.

I do wish you luck, thanks for watching and take care.