How Shoplifting Can Become Robbery 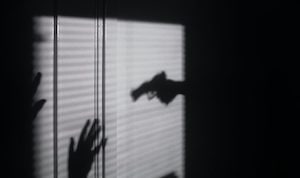 Sometimes, the heat of the moment transforms something stupid into something tragic. I’ve seen road rage transform into a prison term, and I’ve seen shoplifting upgraded to robbery. Now, it should come as no surprise that law enforcement’s creative juices are often peaking when they sit down at their laptop to type up the list of charges and “facts” (imagine a Nat Geo slow-mo shot of a butterfly emerging from his cocoon, except this isn’t such a beautiful thing).

It would be unfair to single out shoplifting and robbery charges for police exaggeration. Just sit outside a nightclub in downtown Orlando and you’ll see plenty of misdemeanor disorderly intoxication charges blossom into felony battery on a LEO charges. Or, how about the classic misdemeanor urinating in public? You can’t have a decent club scene like Orlando’s, without a steady stream of urinating charges just after the bars shut down. So, it should come as no surprise to you that law enforcement manage to find 16 year old kids who happened to see you relieve yourself. Congratulations, this urinating in public charge is now a lewd or lascivious exhibition; a second degree felony carrying a lifetime of sex offender registrations (‘Shake it once, that’s fine. Shake it twice, that’s okay. Shake it three times, you’re playing with yourself…’). Ok, back to shoplifting and robbery.

The case for today is Rockmore v. State. 140 So. 3d 979 (Fla. 2014) Rockmore was found guilty of robbery from a Walmart after a shoplifting incident. To understand why this case is important to our discussion of misdemeanors upgrading to felonies, keep in mind that a robbery is simply a theft that includes force either during, or after, the taking. To get a robbery, you need a continuous thieving event. To throw a wrench in this, what happens when the thief abandons the taking and uses force after abandoning the theft? Let’s find out.

In Rockmore, everyone agreed that Walmart’s loss prevention officer chased Rockmore out of the store, but the stories diverge from that point forward. Walmart claimed that some shirts fell out of Rockmore’s jacket as he ran away. When loss prevention caught up with him, he supposedly displayed a gun his waistband, proclaiming “Let it go, let it be, you don’t want none”. At that point, loss prevention backed off. Rockmore’s version of the facts differs, in that he testified that a gun was never displayed, he voluntarily dropped the merchandise, and he asked loss prevention to have mercy on him, stating “look, give me a break, man. You got your shit back.”

At trial, Rockmore’s attorney asked for an abandonment instruction, and the court agreed, but added the term “voluntarily abandoned” to the requested jury instruction, so it read as follows:

“if you find that the defendant took the merchandise without any use of force and had completely and voluntarily abandoned the property before he used any force and the victim was aware of such abandonment, then you should find the defendant not guilty of robbery with a firearm, deadly weapon, or weapon.”

Unfortunately, the jury wasn’t buying Rockmore’s version of the story and convicted him of robbery with a firearm. The judge gave him Life (yes, life) because he qualified as a Prison Releasee Reoffender (PRR for short, it means that Rockmore committed this offense within 3 years of release from prison, so he must be sentenced to the maximum sentence, no gain time allowed). Technically, the judge had little choice but to give him Life.

The issues on appeal were simple enough. First, Rockmore argued that the firearm incident was too far removed from the theft to be considered part of the robbery. This argument was denied without much analysis, so we won’t go there either. The second issue on appeal was the fact that the trial judge added the term “voluntarily abandoned” to the jury instruction, and Rockmore believed that this jury instruction wasn’t good enough, as any sort of abandonment before the use of force should negate the robbery. Obviously, abandonment is an important issue in shoplifting cases that are upgraded to robbery, and this issue has overturned quite a few robbery convictions. For example, in Simmons v. State, Simmons was caught shoplifting, and after being caught, he threw the stolen goods onto the floor. 551 So. 2d 607 (Fla. 5th DCA 1989). After this tantrum, the defendant then began to resist store employees. The robbery conviction was overturned because the taking was completed and the merchandise abandoned before any use of force.

In Rockmore’s appeal, the Florida Supreme Court reasoned that there was no error in sending the above instruction to the jury. Taking the matter further, they stated that “Rockmore received the benefit of an instruction on abandonment to which he was not entitled” because “Rockmore admitted to fleeing from the store with the stolen merchandise. Moreover, it was undisputed that the alleged threat occurred during a chase that immediately followed Rockmore’s theft….As Rockmore’s theft and threatened use of force constituted a continuous series of acts or events under Florida’s robbery statute, we decline to extend the abandonment of property defense” to Rockmore’s facts. Rockmore at 984.

So there you have it. A Walmart shopper steals some shirts, runs from a store employee, and gets life in prison. No gun fired. No gun even pointed at anyone. No gun even removed from the waistband. I’m not saying that the display of a firearm in a threatening manner doesn’t deserve some time behind bars–I get that. But life? Well, like I said, watch out for those upgrades.