How to Avoid a Weed Arrest

This is kind of, well, an odd little tidbit for you. But, after 25 years of seeing weed charges, possession charges and I know its medically legal and, they’re still arresting people for weed.

The same scenario keeps coming up again and again. So, my tip for the day is: if you’re going to possess weed, do you know where 99.942% of the weed arrests come from? 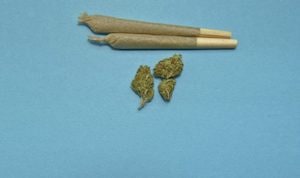 This sounds like an oversimplification, or maybe it sounds obvious. But, to avoid getting arrested for possession of weed, of cannabis, of, especially the oil now. Kids have the oil, its a felony to have this oil in that little pen. And, cops can spot it a mile away, its a little thicker than the normal oil. You’re not concealing it as much as you think you are.

Anyway, my best advice is, please, do not have this stuff in your car. And especially, you’ve got friends that are smoking and etcetera, and its getting in the clothes. You get pulled over for speeding. The cop smells this stuff a mile away. The odor of cannabis is a reason to search the car. So, I don’t care that you smell like cannabis, but if you do you’re going to be searched.

My recommendation is, if you want to possess it and avoid being arrested, then, look, don’t put it in your car. Don’t have it in your pocket as a passenger when you’re sitting in somebody else’s car because you can even be searched as a passenger. Please, no cars, no cars, no vans, no motorcycles, no nothing. And, you will avoid having to hire people like me. It’s a beautiful thing.