How to Beat a Drug Trafficking Case 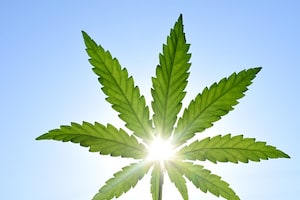 Science can explain everything.

As I sit here typing, neurologists can explain how the light from the screen is processed by my retina, which is directly connected to my brain. Some scanner out there (fMRI?) could probably map out my visual cortex as I’m looking at this screen. Another branch of science could probably explain how my brain is sending signals to my fingers so that I can hunt & peck this article. Scientists have no problem mapping out the function of things and figuring out their structure. Easy stuff.

The tough question is, why should these structures give rise to any sort of feelings? Sure, science can explain everything–except how I feel. I’m sure some coffee scientist out there can drill down into how the delicious smell of coffee first hits my nose, which then sends a signal to my brain, which then causes me to rush to the Keurig machine and retrieve that precious liquid that gets me through the rest of day. But, no scientist can tell me how that coffee is going to taste.

No, we’re not going to dive into “the hard problem of consciousness” today (or ever?), as I’m running out of words (web promoter people tell me to keep it under 1,000 words. Sorry), and you’re running out of interest. Suffice to say that, even though there are plenty of limitations on science, certain criminal cases are begging for a bit of attention from the white coats. You need science to prove certain allegations. You need science to defend certain allegations. We’re going to talk about just such a case today.

Here’s what happened: the Lee County Sheriff’s office was conducting a drug investigation, and they had their eye on a red Mustang that kept making odd trips in and out of a neighborhood. They followed the Mustang to a convenience store, where they then observed a Nissan pull up next to it. Then, someone hopped out of the Nissan and into the Mustang. The Nissan person exited the Mustang with something in his hand, but the cops didn’t know what it was. The Nissan leaves the convenience store and naturally, the police follow.

Now, remember what I said upfront: the police are conducting a drug investigation.

And, how do you find drugs?

Well, you’ve got to come up with a reason to stop that Nissan.

The problem is, the sheriff has no legal reason to stop this Nissan. The problem is, this is the United States of America. We have a Constitution. That document guarantees that We The People will be free from unreasonable searches and seizures. And, it goes without saying that it would be unreasonable to stop this Nissan just because folks are jumping in and out of each other’s cars.

But, as great as we think our Constitution is, it simply cannot stop a determined drug unit from following a citizen until they have a “reason” to pull a car over (yes, air quotes are appropriate here). As you have now figured out, the Nissan Demetrius Nugent was driving was pulled over. The sheriff claimed that he failed to completely stop at a stop sign. And as my rant above suggests, it should not surprise you that they found/fabricated/manufactured a reason to pull over this Nissan. Of equal surprise to most prosecutors would be the fact that someone with a trafficking amount of drugs in their car would roll a stop sign. Point well taken.

Given the fact that this Nissan was predestined to be pulled over, two more things should come as no surprise: (1) a K-9 Unit was conveniently located nearby, ready to conduct a dog sniff, and (2) the dog alerted for drugs. The surprises just keep coming.

In case you didn’t know, when a K-9 alerts for drugs, the sheriff is then allowed to tear the car apart looking for drugs. But in this case, they didn’t have to tear much apart. There was a bottle of oxycodone in the driver door compartment next to a cold bottle of water, in plain view. Also, there was a baggie of pills in the center console, along with paperwork which belonged to Nugent.

The prosecutor convicted Nugent of trafficking in oxycodone by claiming that the drugs in the driver door pocket were in plain view of Nugent, who was driving the car. They further tied those drugs to Nugent by claiming that the cold water bottle next to the driver was his, based upon the condensation on it. Furthermore, they claimed that the drugs in the center console were on top of paperwork belonging to Nugent–so the drugs must have been Nugent’s.

The title of this article promises some insights on how to beat a trafficking case. To do that, we need to get back to basics. As the great Peter Venkman (Bill Murray) said in Ghostbusters: “Ray, for a moment, pretend that I don’t know anything about metallurgy, engineering, or physics, and just tell me what the Hell is going on.”

Florida has two types of possession. The first type is called “actual possession”, like when the drugs are in your hand, or in your pocket. The second type is “constructive possession,” when the drugs are found near several people. In Nugent’s case, the oxycodone was found in a jointly occupied car. Nugent had a passenger. Special rules of proof kick in under these circumstances. Specifically, the State has to prove three elements, (1) knowledge of the drug, (2) dominion over the drug (similar to ownership), and (3) control over the drug.

Ok, back to Nugent.

The State did one thing right: they established “knowledge,” because the drugs were in “plain view” in the driver’s door pocket.

Now for the hard problem. What about dominion and control?

The appellate court said the prosecutor didn’t prove dominion or control, so Nugent’s trafficking case was thrown out. Nugent is a free man. The court said, basically, what every court says in these drugs in the car constructive possession cases:

“there was no independent proof connecting Nugent to the drugs found in either compartment of the vehicle. The State did not submit scientific evidence, such as Nugent’s fingerprints or DNA on the contraband; eyewitness testimony from the passenger; or inculpatory statements from Nugent. Even if we accept the State’s argument that the pill bottle containing oxycodone–which was found inside the driver’s side door pocket–was in plain view, this evidence is only sufficient to prove Nugent’s knowledge of the pill bottle, not his dominion and control over it.” id. at 9. [emphasis added]

Often, the State gets awfully cocky when they can prove “knowledge” in 3 different ways. I get that. Unfortunately, strong proof of knowledge doesn’t relieve the State of their duty to prove both dominion and control.