How to Beat a Possession of Drug Paraphernalia Case

If a small baggie once had cocaine in it and now its empty–but for a white powder residue–that baggie constitutes the misdemeanor crime of drug paraphernalia. 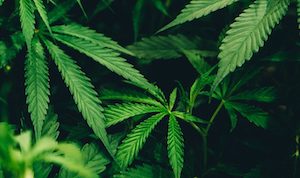 The knowledge element comes in when, honestly, mom or dad or grandma may not recognize what that little baggie once had in it, yet they can be arrested for possession of drug paraphernalia if a cop finds such a baggie in their car. So kids, clean up after yourself if you’re driving someone else’s car (that’s how these cases arise, 9 times out of 10).

Anyway, illicit knowledge about the item’s use is key in a paraphernalia case and casting doubt on this knowledge is the key to beating the case.

For example, I had a case where a kid left his grinder in his mom’s car. Mom didn’t even know what a grinder was but she got arrested for possession of drug paraphernalia. To make matters worse, this grinder had a Bob Marley reggae graphic on the lid, so that didn’t help things.

Still, we beat the case because I went to the evidence locker and took pictures of the grinder and it didn’t look like there was any marijuana residue, and it didn’t smell like weed. So, there was nothing about this grinder that would have put mom on notice as to its illicit nature.

No knowledge of the grinder’s illicit nature, and the Bob Marley insignia is not enough — case dismissed!

So, if you want to beat a drug paraphernalia case, you’ve got to raise doubts as to the state’s ability to prove you knew of the illicit use of the item.

My name is John Guidry, if you’re facing a possession of drug paraphernalia case in Orange, Seminole, or Osceola County, give me a call, let’s see if we can help you out. Thanks for watching, take care.