How to Beat an “Intent to Sell or Deliver” Case 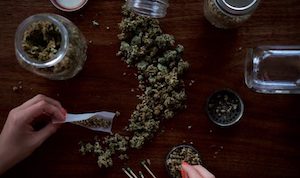 People love being righteous, don’t they?

How many of these righteous people are actually correct?

If we set up a cage match between righteousness and truth, people much prefer being righteous over truth. This factoid comes to us via studies done by Jonathan Haidt. I don’t think the results of Haidt’s study surprised anyone, because we all know people who are so possessed by their righteousness that they are blinded to the truth. You see righteousness prevailing over truth in politics all the time–folks would much rather support their team than take the time to sort out the truth.

So, if you want righteousness, just chat with anyone who is convinced that their political party is correct. Or, you could talk to cops. Same righteousness, different topic.

We defense attorneys read tons of arrest reports where police officers are 100% convinced that a defendant is driving drunk, or dealing drugs, or you-name-it. If you’re accused of driving drunk and refused to blow into the machine, the entire crime is just the officer’s opinion. And yes, I’m righteous about my insistence that the police are super righteous.

Our real life case for today involves several officers convinced that someone is a drug dealer–without having any evidence to back it up. McFarlane v. State, 239 So. 3d 1272 (Fla. 2d DCA 2018). Here’s what happened:

McFarlane was partaking of one of the most common crimes in Florida, driving while license suspended. And, the cops were partaking of one of their more common activities–running tags of cars to determine if the driver was up to shenanigans. Folks, this is not new technology. Police run tags. Its easy. Its fun. If you don’t have a valid license, please, don’t drive a car registered to you. I’m just saying.

Anyway, McFarlane was stopped for driving on a suspended license after his tag told the officers that he didn’t have a valid license. And, a search revealed a small box of methamphetamine and cocaine in his pocket. Eight cocaine rocks were found. $42 cash was found.

In my 25 years of defending criminal cases, 8 rocks of cocaine is a third degree felony. It’s called “Possession of Cocaine” or “Possession of a Controlled Substance”. It carries a maximum sentence of 5 years in prison–but nobody gets the max.

Hum. Since when does a Possession of Cocaine and Possession of Methamphetamine rack up that much prison time? In taxpayer dollars, that’s costing us over $200,000. Shouldn’t some teachers out there be getting a raise, rather than McFarlane getting 8 years in prison?

How did McFarlane get 8 years prison for a simple possession charge that carries a maximum sentence of five years?

Folks, we’re talking about eight cocaine rocks. Maybe $75 worth of cocaine. McFarlane knew he wasn’t a drug dealer, so he had himself a jury trial, just like what you see on TV.

You may be wondering: what evidence was presented that McFarlane had any sort of “intent to distribute?”

Three separate officers testified at the trial, and “opined that based on their experiences the way the cocaine was packaged and cut up in various sizes” McFarlane intended to distribute these drugs.

I know what you’re thinking, maybe just one righteous officer told the jury that these eight cocaine rocks were indicative of drug dealer status. Statistically speaking, if you have three officers testifying, chances are good that you’ll get one outlier. True enough, but then the second officer testifies. Like clockwork, the second officer also believed that McFarlane’s 8 cocaine rocks are “indicative of distribution”.

And yes, your taxpayer dollars are officially hard at work by this point in the jury trial.

And finally, the third officer takes the stand. The jury has already heard that McFarlane is quite the drug dealer–after all–he had eight cocaine rocks and $42 cash. Call the FBI, maybe we have a kingpin from some cartel in our midst. To no one’s surprise, the third officer testified that these eight rocks were the tell tale signs of a person possessing cocaine with only one plan in mind–to sell these rocks. Sell sell sell.

The jury convicted McFarlane of possession with intent to sell or deliver. He received 8 years in prison.

I’m sure you’re wondering “intent to sell” means–and even if you know what that means–how do you prove someone’s “intent?” Proving intent is easy when you have kilos of drugs, packaged into hundreds of “bricks”. Every episode of Miami Vice had “intent to sell” written all over it because of the amount of drugs Crocket and Tubbs discovered. Quantity or packaging can prove intent to sell. That’s easy when there’s Miami Vice amounts involved. (I’m dating myself, for sure)

It gets more difficult to prove “intent to sell” when you have smaller quantities of drugs, like McFarlane had. With small quantities, a quasi-rule kicks in, and it goes something like this: “in cases where small amounts of narcotics are found, courts generally require other proof of suspicious circumstances, drug paraphernalia available, or other evidence which circumstantially would indicate intent to sell.” id. at 1274, quoting Lesane v. State, 895 So. 2d 1231, 1233 (Fla. 4th DCA 2005).

The appellate court reviewing McFarlane’s trial conviction didn’t find anything supporting the small quantity rule above, noting that, “before the arresting officer stopped McFarlane’s car he did not observe McFarlane engage in any conduct consistent with illegal drug sales. McFarlane did not have large amounts of drugs or money; he did not have a gun, scales, baggies, or any other items to indicate that he was in the business of selling drugs.” id.

Lots of people got this one wrong. Three officers started it all, but then the prosecutor actually believed these three officers, and then six jurors actually believed these folks as well. And to add insult to injury, the judge who ran this trial didn’t put an end to this nonsense once it was revealed how little evidence there was to support the accusations. It’s a shame that McFarlane had to rely on an appellate court to fix this, but we have an imperfect system my friends. I’m just saying.