How to Fix a Driver’s License Suspension for Child Support 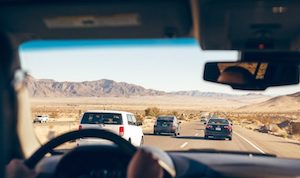 Tech people are a pretty cocky bunch. Most tech believers will tell you that all of human “progress” has come via technology. Obviously, they’re not focusing on our more deadly weapons or better ways to destroy the environment, they’re bragging about the most basic technologies–like how to start a fire. After all, if we were still trying to figure out how to start a fire, you wouldn’t be reading this right now, and we would all be eating the original paleo diet.

Often, new technologies mean job losses to someone, somewhere. When elevators were first invented, nobody trusted these machines to magically transport them to another floor. So, a human being was employed full time to operate the elevator. Eventually, the “Elevator Operators Union” (it still exists) lost 17,000 jobs with the advent of automatic elevators. And, who can forget the autoworkers losing their jobs to bright yellow robots who could build cars smarter, better, faster?

It’s not fair to single out the robots, or the invention of automatic elevators. For example, 9,000 Blockbuster Video locations shut their doors once the internet started delivering movies. Nobody that I know of has ever stood up for the Blockbuster store clerks that are now unemployed.

Technology seems to be bored with wrecking blue collar jobs in manufacturing. Rumor has it technology is also after my job. Yes, good old fashioned white collar attorney jobs. I had a fairly wealthy friend recently do his will from forms purchased over the internet (LegalZoom, I think). Ten years ago, he would have hired an attorney at 10 times the price. And, hey, let’s not forget all the accountants that have lost a job to TurboTax.

But, it’s not always technology that causes job loss. Sometimes, its knowledge. And, that’s what I’m giving away free today. Knowledge that will help you get your license back, so that you don’t have to hire me. Like I said above, I don’t handle child support suspensions, but I know how this works, so, enjoy.

I represent plenty of folks who get caught driving on a suspended license (DWLS). Oddly enough, this is fairly common charge in Central Florida. One popular reason for license suspension is delinquent child support payments. Every single person I’ve represented since 1993 for driving on a child support license suspension has believed that there is “no way” they can get their license back–because they cannot afford to pay all that is past due.

It only takes a couple of missed payments to get a suspended license from child support, but most folks are tens of thousands of dollars behind. It just becomes hopeless, and there’s no need for such negativity. The problem is that the DMV is telling everyone that they will not issue a hardship license for folks behind on their child support. But the DMV are the wrong people to ask.

So, we’re not going to get a hardship license if we owe back child support.

The good news is, we don’t need a hardship license. We can, simply, get the child support suspension lifted. We’ll cut the DMV out of this completely.

A driver’s license suspension for child support is merely the government’s way of getting your attention. They just want you to start paying your child support. So, the Department of Revenue (Child Support Enforcement) is not going to demand all of the back payments up front. They’re not going to demand some large down payment up front to get this party started. But, you’re going to have to start paying your child support again, and the monthly payment will be more than it used to be.

Here’s what they’re going to do:

Let’s say you owe $500/month in child support, and you’re $25,000 behind. The Department of Revenue will require that you start paying the monthly amount you haven’t been paying, plus an additional 10-20%. In our example, an extra 20% would create a new child support payment of $600/month. An extra 10% would bring the new monthly payment to $550/month. Basically, in order to get your license back, you must agree to pay between 10% & 20% extra per month.

Once you make that first new payment of, say, $550, your license suspension will be lifted.

Now, this must be done with a motion. Do not call the Department of Revenue and ask them over the phone to lift your child support suspension. They’ll tell you they won’t do it, or that they’ll only do it if you pay some ridiculous down payment.

Again, you must file a motion. It’s called a Petition to Reinstate Driver’s License. You can find these online and they are only a couple of pages long–but I highly recommend having an attorney draft and file this motion for you. You want to have an attorney familiar with the Department of Revenue negotiating the lifting of your suspension. I hate to say it, but the Department may take advantage of an unrepresented citizen. Just saying.

Once this motion is filed, the Department of Revenue will sit down with your attorney to work out the new payment amounts. It would be helpful to have a little bit of money to pay up front, but as I mentioned above, this is not mandatory.

Get yourself an attorney, get your license back so you don’t have to hire someone like me. I don’t handle Petitions to Reinstate for Child Support Suspensions, so hire a family lawyer who has done this sort of thing before.