Criminal Defense
Since 1993
Contact Us Now For a Free Consultation
Home
Articles
I Got 7 Cops at My Door, Should I Let Them in? 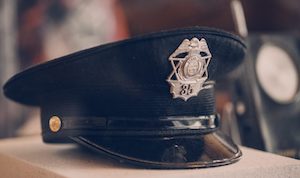 It’s hard to tell the police to “go away”. After all, they’ve got guns. Shiny badges. And, they speak in a very authoritative way, kind of like my old gym class teacher. Well, you know the advise from your humble resident Orlando criminal defense attorney– before talking with the cops–call me first. But, as we’ve seen time and time again, people just don’t listen, and bad things happen as a result. Such was the case for Manuel Ojeda, as he consented to a search of his house. Here’s how it went down.

At around 7:45 a.m., police arrived at Ojeda’s house without a warrant. There were four detectives, one sergeant, and two uniformed officers, all with marked vehicles parked in front of his house. He answered the door and was told by one detective that the police were given a tip that weed was being grown inside his house. Ojeda invited the detective inside, and five other officers came inside as well. The defendant was given his Miranda warnings, signed a consent-to-search form, and eventually led the police to a marijuana lab in his garage.

We find the appellate court’s decision in State v. Ojeda, 2010 WL 4226705 (3rd DCA 2010). Any Florida court’s decision regarding consent to search (and law enforcement’s subsequent entry into a home) depends upon the totality of the circumstances. This court noted that only two officers were present at the Ojeda’s door, but there were others thirty feet away, plus numerous vehicles parked in front of the home, for a total of seven officers. There are many factors that determine whether or not a person’s “consent” was voluntary, but the factor that tipped the scales for the Ojeda court was the number of officers present. This is commonly referred to as a “show of authority” case. “Show of authority” cases are extremely fact sensitive, and not every case involving seven officers will render a consensual search illegal. So, there’s no magic number of cops that will tip the consent scales from voluntary to involuntary. What we do know is that if the Orlando police or Orange County Sheriff ever knock on your door, you know who to call.