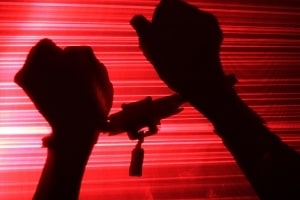 You’ve heard the sayings about Orlando: come here on vacation, leave on probation, come back on a violation. This old saying sounds like the truth, in part because it rhymes so well [Jesse Jackson could have come up with this line, but don’t quote me on that].

Violations of probation (VOP, for short) come from issues found within the standard conditions of probation, but today’s analysis will focus on those violations that arise from failing to uphold a special condition of probation laid out by the judge. In Ezra Maddox v. State of Florida, Maddox was sentenced to five years prison on his violation of probation on an aggravated battery charge. 97 So.3d 332 (Fla 2nd DCA 2012). Let’s see why an appeals court set him free.

Initially, Maddox was sentenced to a year in jail, followed by probation. The jail term was to terminate early once bed space became available at a local drug treatment facility. Maddox entered the drug treatment center, but was discharged before completion. Like clockwork, a violation of probation was filed based upon the unsuccessful completion of treatment. Fortunately, that vop was dismissed. Now, here’s where things got a little strange. The judge that dismissed the first vop then ordered Maddox to complete a different treatment program, and ordered Maddox to abide by a curfew. And there’s the problem. Where did this curfew thing come from? Sure, the initial sentence provided for drug treatment–but no deal was ever cut that involved a curfew. A curfew was not part of the original probation, it was added after the first violation was dismissed.

To everyone’s shock, Maddox violated his probation a second time. The vop was based upon a curfew violation. Maddox admitted to violating his curfew, and received five years in prison on this 2nd vop. But thankfully, he appealed the court’s decision, arguing that the curfew was not a proper condition of probation as it was added after the initial sentence. After all, this is America, right? You can’t just add conditions of probation later down the road. Technically, this is what we call a “double jeopardy” problem, and it applies to conditions of probation.

The Double Jeopardy clause is found in the Fifth Amendment to our Constitution, which states that “[N]or shall any person be subject for the same offense to be twice put in jeopardy of life and limb…” The protection here is not just for being arrested and tried twice for the same offense, but it also protects against multiple punishments for the same conduct. Essentially, Maddox was already punished for aggravated battery when he was first put on probation. To punish him some more by adding a curfew constitutes “multiple punishments for the same conduct”, and that’s unconstitutional. The appeals court struck down the five year prison sentence.

The outcome in this case is not embraced by every judge out there. For example, in the Florida Supreme Court case of Lippman v. State, 633 So.2d 1061 (Fla. 1994), the majority opinion entered a decision that would agree with the reasoning found in Maddox. But, one particular supreme court judge did not agree with the outcome, arguing in a separate opinion (dissent) that the “original order of probation entered in this case preserved the right of the trial judge to modify the terms and conditions of probation. One of the responsibilities of a trial judge is to protect the public from the conduct of a probationer. It is thus important to allow a trial judge the authority to modify and, I believe, even to add new conditions to the terms of probation…” id at 1065. He later quotes a lower court’s opinion, in which they held that the “double jeopardy clause does not impose a rule against modification of probation orders. Instead, the inquiry is whether there has been an impermissible increase in the penalty imposed.” Id. The Maddox court never addressed the issue as an “increase in the penalty analysis”, but for those of you that have teenagers–isn’t a curfew viewed as punishment?

So, there you have it. Both sides of this legal story, and the good guys won out (this time).