Induction - A Weak Form of “Knowledge” 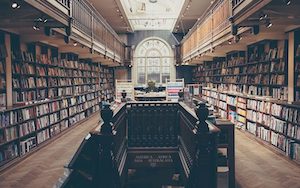 Usually, this website discusses how our Constitution applies to we citizens, from a boots-on-the-ground perspective. It’s nice that CNN and FOX News have law professors reading from teleprompters various pie-in-the-sky Constitutional ideals, but rarely can the average citizen gain knowledge about how our laws truly operate without having someone reporting from inside the war zone (that’s me, fyi). That being said, criminal defense work often requires a healthy skepticism of science, especially when it comes to the reliability of our government’s scientific instruments–like the Intoxilizer 8000 used in DUI cases, for example. The prosecutors will march their experts into court, and bedazzle the jury with their so-called “knowledge”. But very few judges and prosecutors have ever taken a close look at the flawed logic underpinning these conclusions. And, these flaws don’t even require us to examine the “science” behind the Intoxilizer machine, we can simply look at the logic.

There are several pathways to knowledge, and we’ve talked about this topic before (check out my articles The Search for Truth, and Truth Which Can’t Be Proven Logically). Science claims to have cornered the market on “true knowledge”, but religious folks would disagree, as would many mathematicians. Each path toward knowledge may be different, and today we’re going to discuss the very nature of the scientific method. Much of current physics sounds more like faith than some religions, making claims about the existence of particles which have never been seen (quarks, for example). Sure, I realize that atoms (and thus, their smaller components) are actually smaller than light waves, so there’s no way we can see them directly. How convenient (as convenient as not being able to see the God I pray to, I suppose). I get that–and that’s why it’s called faith–but the larger picture here is that the scientific method is not as ironclad as some cocky materialists would have you believe.

Science is based upon a form of logic known as induction. The Oxford Dictionary defines it as “the process of inferring a general law or principle from the observation of particular instances”. In science, educated guesses are created, and these theories are tested via observation and/or experimentation. But, describing how matter behaves, even reducing it to an equation, still may not provide an understanding of the phenomenon on an abstract level. A prime example of this is the theory of gravity. Isaac Newton could not explain “why” gravity worked, yet he developed equations precisely describing the “force”, and these equations were accurate enough to put men on the moon. [Einstein came along hundreds of years later, and claimed that gravity was not a force, but that gravitational effects were merely the result of distortions in the shape of space and time]

Inductive reasoning cannot, necessarily, explain causation. Newton put it this way: “I have not been able to discover the cause of those properties of gravity from phenomena, and I frame no hypotheses; for whatever is not deduced from the phenomena is to be called a hypothesis, and hypotheses, whether metaphysical or physical, whether of occult qualities or mechanical, have no place in experimental philosophy.” Principia. In Isaac Newton, Andrew Motte, Newton’s Principia (1847), 506-507.

So, why would Newton, the greatest mind ever, claim such uncertainty? Well, let’s take a closer look at induction. In one of my favorite books, Labyrinths of Reason, William Poundstone lays out the following example:

“Induction is reasoning from ‘circumstantial evidence’ or Hume’s ‘matters of fact.’ It extrapolates from observations that are not understood on a deeper level. You don’t know why all the ravens seen have ben black. Even after seeing 100,000 ravens, all black, the 100,001st raven just might be white. A white raven isn’t inherently absurd, like a triangle with four sides. There is no logical necessity to an inductive conclusion.”

“Induction is working backward, like solving a maze by back-tracking from the goal. Instead of taking a general law (“All ravens are black”) and applying it to specific cases (“This bird is a raven; therefore this bird is black”), induction goes from specific cases to a general law. Induction is founded on the belief–the hope–that the world is not essentially deceptive. From the fact that every raven ever examined was black, we conclude that all ravens are black, even the ones no one has ever seen. We assume that the unobserved ravens are similar to the observed ravens, that the seeming regularities of the world are genuine….Like much of what you learn in high school, this is true while leaving important things unsaid.”. Poundstone, p. 14 – 15, 26.

In some way, problems with induction are a fine segue into a brief discussion of the Gambler’s fallacy. Let’s say I flip a coin ten times, and all ten flips come up heads. I ask you, what will the 11th flip be, heads or tails? The Gambler’s fallacy reasons that, because heads has come up 10 times in a row, the next flip will probably lean toward tails. But that conclusion is false, because the odds actually reset for each new coin toss. So, the 11th coin toss is completely unaware of the fact that the previous ten flips were heads. The 11th coin toss will have the same 50/50 odds, in spite of the previous ten heads. The fallacy builds a false confidence in the gambler who relies on historic data to predict a future outcome (pretty much what science does for a living, right?) A famous example of this happened back in 1913 at a Monte Carlo casino, in which the roulette table fell on black 26 times in a row. Many folks lost millions betting against black, concluding that a streak of reds must be just around the corner. This begs the question, how many observations are needed to support a particular conclusion? If you watch the roulette ball fall on black 26 times, is that enough information to start betting on red? I don’t know, I’m just posing the question.