iPhones Can Open the Door to Jury Misconduct 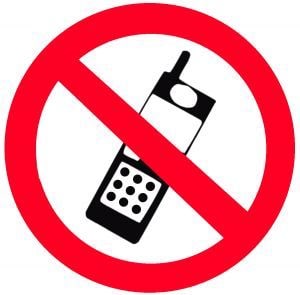 Jury trials are an interesting thing, especially in criminal cases. As you may already know, juries are not allowed to investigate the case in any way, a juror must only rely upon the evidence heard at trial. But access to information in this technology age has made simple investigations must easier. The trend for Orlando juries, as well as most of Florida, is that most jurors bring some sort of iPhone, Blackberry, or whatever back to the jury room for deliberations. So, what happens when a juror uses this technology to help decide a case? That seems harmless, right? Wrong.

In Tapanes v. State, 43 So.3d 159 (Fla 4th DCA 2010), a juror used his smartphone during a break while deliberating, to look up the definition of the word “prudent”, and shared this definition with the rest of the jury members. It’s important to note that this term was actually used by the judge in the jury instructions, and used by the attorneys during their closing arguments. After the jury deliberated, they found Tapanes guilty of manslaughter. Tapanes’ attorney moved for a new trial because the juror’s considered unauthorized materials that affected their verdict.

The court’s analysis of whether or not Tapanes would be entitled to a new trial hinged upon two factors. First, did the juror’s use of his smartphone rise to a level of “juror misconduct?” And second, if the phone use was misconduct, did the misconduct affect the verdict? If yes on both, then the court would grant Tapanes a new trial.

As to the issue of phone usage, the juror went to the Encarta website to find the dictionary definition of ‘prudent’. The court reasoned that using Encarta is no different than using a bound dictionary, and given the fact that a bound dictionary was not one of the materials permitted to be used in jury deliberations–it was misconduct to use the smartphone’s dictionary. Now that the misconduct is proved, the court noted that Tapanes would be entitled to a new trial unless the State can show that the juror misconduct did not affect the verdict. The trial transcript contained numerous references to the term “prudent”, so the court concluded that the misconduct did affect the verdict. New trial granted.

This case is an important lesson for Orlando criminal defense attorneys, as we must watch for improper activity, and request that the judge question the jury/juror should such misconduct be spotted.