Criminal Defense
Since 1993
Contact Us Now For a Free Consultation
Home
Articles
Is Stealing Always a Crime?

Is Stealing Always a Crime? 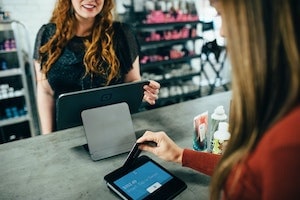 Here’s a statistical fact: every prosecutor thinks stealing is a crime. But it’s not. The act of “theft” may be either civil or criminal. Both acts are immoral, both acts are unethical. And, our Florida Statutes provide remedies for both behaviors, but the problem is often deciding where to draw the line between a civil theft and a criminal theft. A civil theft provides a punishment of triple the damages incurred.

For a criminal theft, punishment increases (length of prison term, for example) depending upon the item stolen, and/or it’s worth. For example, it’s a third degree felony (Grand Theft, 3rd Degree) to steal something with a value over $300, but less than $20,000. Thefts over $20,000 become a second degree felony (Grand Theft 2nd Degree), and theft over $100,000 becomes a first degree felony. However, stealing a firearm that’s worth $95 is still a third degree felony, as is stealing a fire extinguisher (and the list goes on, and on). Stealing something under $300 is usually a misdemeanor petit theft.

Section 812.014 of the Florida Statutes states that (1) a person commits theft if he or she knowingly obtains or uses, or endeavors to obtain or to use, the property of another with intent to, either temporarily or permanently: (a) deprive the other person of a right to the property or a benefit from the property, or (b) appropriate the property to his or her own use or to the use of any person not entitled to the use of the property. Got it? Good, now for a real life example of how this law plays out in court.

In Levitan v. State, the defendant was convicted of grand theft in the second degree (over $20,000). 100 So. 3d 776 (Fla. 1st DCA 2012) Levitan owned an Irish restaurant, “Finnegan’s” (kind of like owning an “Anthony’s pizza”, right? No exclusive right to this common name…). Levitan ran his payroll thru a company called TEL. Basically, TEL would print all the payroll checks for the employees, handle the medical payments and the 401k plans, and Levitan would then simply cut TEL one big check to cover all of these expenses. So, TEL delivered payroll checks totaling $67,754.69. Levitan’s check to TEL was declined for insufficient funds. Levitan wrote a second check, but it bounced as well. An investigation later revealed that there was less than $300 in Levitan’s bank account when he wrote the two $67k checks. Wow. Rude.

As you may have predicted, TEL went to the State Attorney’s office to prosecute. Levitan was arrested, and convicted (after some failed negotiations). But the appeals court overturned Levitan’s grand theft conviction. Why, you ask? Well, the government alleges that the crime of grand theft was committed via these worthless checks. But the checks were written after TEL paid Finnegan’s employees. Let’s re-read the quote from 812.014, that Levitan “knowingly and unlawfully obtained or used or endeavored to obtain or use the U.S. currency’ of TEL.” id at 779. Were these checks really written to unlawfully obtain TEL’s money? No, they were not. TEL had already given Levitan the $67,000. That was a done deal. Indeed, Levitan never received “currency or some additional benefit from the issuance of” the two $67,000 checks written on a bank account containing less than $300. Id. [emphasis added] Was this wrong? Yes. Immoral? Absolutely. But, criminal theft? No.

This was a business dispute. In reversing the grand theft conviction, the court added that, “absent fraud–business disputes involving contract breaches are not crimes for which incarceration is permissible; instead, their resolution lay primarily in our civil courts.” Id. at 780. The court further noted that the prosecutor could have charged Levitan under Florida’s worthless check statute. Isn’t it thoughtful of the appeals court to give advice to the prosecution? Unfortunately, it’s pretty common to see appeals courts suggest how prosecutors could have convicted some poor chap. Do they ever make similar suggestions in favor of criminal defense attorneys? What do you think?