It’s a Crime to Be Poor 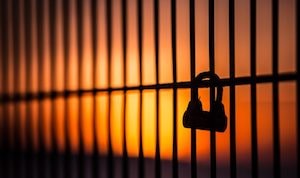 Let’s face it, the deck is stacked against the poor. If you’re poor and black, it’s even worse. Yes, what I’m about to say is 10 years past cliche, so it’s almost coming around again, and that makes it ok, maybe even cutting edge (ever hang out with teenagers who think the latest new band is cutting edge, and then deflate them with some NIN or Violent Femmes or anything from the 80’s or 90’s that today’s bands are ripping off–yes, it’s all been done before….except for the stuff I like, that’s all original and fresh).

Here’s an actual quote from a recent police report asking a judge to issue a home search warrant in a poor neighborhood:

Officer to Judge: “Your Affiant received a tip from a confidential informant advising drugs were being sold out of the target residence.” Ok, that’s his job, so far, we taxpayers are getting our money’s worth.

Officer to Judge: “During the investigation while conducting surveillance of the target residence, Your Affiant on multiple occasions, observed several black males hanging out in the front yard sitting in a chair traveling back and forth inside the residence. On at least three occasions, several individuals could be seen loitering or congregating outside the target residence. Based on my training and experience, I know this to be common among drug deals and sales.”

Really? Isn’t this 2015? We’re almost halfway through 2015, and still, several black males can’t hang out in their front yard. They can’t sit in a chair on the patio? They can’t go inside for a drink, or to use the restroom? Would you see a judge grant a home search warrant in Alaqua (rich neighborhood) or Isleworth (even richer) with this same sort of argument? “Several white males with golf shirts, and white females carrying glasses of wine, were seen congregating on their massive sprawling estate during, and prior to, the running of the Kentucky Derby.” Trust me, you’ll never see such police scrutiny of a wealthy neighborhood.

But hanging out with friends is not the only activity law enforcement scrutinizes if you live in a poor neighborhood. Money can be an issue in a poor neighborhood. If you have too much cash, that’s a problem. Or, if you don’t have any cash and need to borrow some, a trip to the pawn shop will also be placed under the microscope. Yes, you know you’re not in a good neighborhood when you start seeing a few gun shops and pawn shops. But bear in mind, poor people don’t go to the bank to borrow money–they have no credit. Poor people go to pawn shops for loans. To borrow money, you’re going to have to part with that flat screen TV you bought used several months ago. As you will see, borrowing money from a pawn shop can be a crime. Take the example below:

FACTS: Bob buys an iPad at a local flea market. Rent comes due, and Bob now needs cash, but no bank will give him a loan or credit card. So, he decides to pawn the iPad, and receives $100 for the iPad (consider this fair market value, for the time being). It turns out that the iPad is stolen, and Bob is later arrested on three felony charges: 1) Dealing in Stolen Property, 2) False Verification of Ownership to a Pawnbroker, and 3) Grand Theft (if you’re caught with stolen goods, it is assumed you stole them, but this presumption can be overcome). Is Bob client guilty of any of this?

Our analysis begins with Valdez v. State, where Valdez was convicted of grand theft and dealing in stolen property after pawning several items that turned out to be stolen. 492 So. 2d 750 (Fla. 3rd DCA 1986). Valdez gave the pawnbroker his real name and address. As it turns out, Valdez only pawned a few items out of the many that were stolen, and when confronted with the fact that the items were stolen, Valdez claimed that he found the items in a trash can and pawned them. The appellate court overturned Valdez’s conviction because his excuse was reasonable under the circumstances, noting three important points; (1) not all of the stolen items were pawned by Valdez, (2) Valdez gave the pawnbroker his real name and real address, and (3) only the items of lesser value were pawned.

So, if your explanation as to how you came to possess stolen goods is considered “reasonable”, the court cannot convict you of the three pawn shop crimes listed above. In our example case above, “Bob”, should not be found guilty of any crime. One important fact I left out of Bob’s case is a time line. Had Bob pawned the iPad within hours of it’s theft–the analysis may have gone differently (see my article “Timing is Everything” for more info on this issue). Also, note that the iPad pawned by Bob was pawned for fair market value. Had Bob pawned a $5,000 diamond ring for $200, a sale at a substantially lower price than fair market value, such a sale would give rise to an inference that Bob knew the item was stolen. [See Hughes v. State, 81 So. 3d 597 (Fla. 1st DCA 2012)] If Bob pawned a $650 iPad for $6 cash, that may have been evidence of guilt. Of course, the court’s logic regarding market value is flawed. For anyone that has dealt with pawn shops, they are not known for their fair pricing strategies. The simple fact is, poor folks can get into financial binds that cause them to give up valuable possessions at a huge discount, but such desperation should not be interpreted by the courts as consciousness of guilt. The Hughes court should realize that not all pawnbrokers are fair in their dealings with desperate citizens.