Criminal Defense
Since 1993
Contact Us Now For a Free Consultation
Home
Articles
I’ve Violated My Probation, What Will the Judge Do?

I’ve Violated My Probation, What Will the Judge Do? 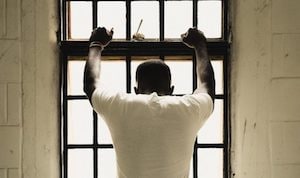 After 20+ years of defending criminal cases in Orlando, some questions are more popular than others. Simple, basic questions like: what’s going to happen to me? Oddly enough, this question can be more difficult to answer on a violation of probation than a new charge (sometimes). The reason is, judge’s have far more discretion on VOP’s than they do on the case initially (but, not as much as they think, as you’ll discover by reading below). VOP sentences are probably, statewide, the most unpredictable type of sentence out there. Within the same courthouse, on the same violation, you can have one defendant go to prison, the other client gets an admonishment (reinstated). As Timothy B. Schmit sang, “I can’t tell you why”. But, I can tell you more information once I know the judge assigned. Obviously, you want a lawyer that knows the judge your VOP case (yes, I’m that guy, if you’re in Central Florida). Now, let’s delve into the basics of a VOP, then point out an extremely important detail–often overlooked by most judges.

Judges have three options once they’ve found you guilty of violating your probation. First, they may revoke probation. When the court revokes probation, a sort of Back to the Future moment unfolds, and the judge can impose any sentence that was available initially. Generally, this is the only way a judge can impose a jail or prison on a violation of probation. Quite frankly, with some judges, a revocation usually means jail or prison. But, there’s a second option available to the court. Second, if a person is found to be in violation, the court may modify the probation. Modifications keep the person out of prison, but add conditions not found in the original probationary term. Typically, the probation is modified by adding community service hours, adding more years of supervision, or adding some sort of drug treatment (if the charge or violation relates to such).

The third option is that the court may continue probation. In my over twenty years of handling violations of probation, I have heard a few fair minded judges state “I find the Defendant in violation of his probation, and I am ordering him to continue his probationary term, no further sanctions.” Always a pleasure to hear that.

Now, for those of you really into the law on this subject–I want to blow your mind, everyone will be bored to tears, sorry. In a footnote to a recent case, the Second District Court of Appeals said the following (this is my favorite footnote of recent memory):

Because a trial court has discretion to revoke, modify, or continue probation, it seems possible that a factual scenario could arise in which revocation could be an abuse of discretion even where competent substantial evidence supports a finding that the violation was willful and substantial. However, we find no cases so holding. Savage v. State, 120 So. 3d 619 (Fla. 2nd DCA 2013), footnote 1.

Wow. Let’s break that down, because I can’t believe my own eyes.

“it seems possible that a factual scenario could arise in which revocation could be an abuse of discretion even where competent substantial evidence supports a finding that the violation was willful and substantial.” Id.

I bet 99% of the judges out there believe that, when the state has proven their violation, the judge may simply revoke probation and send the person to jail or prison. But that’s not the case. How many judges out there think that they “always” have the power to revoke probation upon violation? As I said, probably 99%. Crazy as it sounds, the appellate court is not saying that, for some violations, revocation would be unreasonable. They are not saying revocation would be improper. Nope. After the State presents witnesses, does their song & dance, and the judge finds the probationer guilty of violating–it could be an ABUSE OF DISCRETION to actually revoke probation–depending upon the facts.

Wow. Not every violation deserves revocation, try telling that to some judges. And, a judge may actually be abusing his or her discretion by revoking probation after finding a defendant guilty of violating his probation. I know, I’m repeating myself.

By the way, my second favorite footnote is found in Department of Highway Safety & Motor Vehicles v. Roberts, where Roberts contested the officer’s claim that he was speeding, and the appeals court was deciding whether or not to believe the officer’s claim:

“Perhaps the Respondent was traveling in the opposite direction in heavy traffic. If this was the vantage point from which the officer claimed to make a capable assessment of speed, he should be working for NASA rather than the highway patrol. The point is that not every “observation” about speed is necessarily one that we should assume is reasonable. Otherwise, the judicial function is rendered nugatory.” 938 So. 2d 513 (Fla. 5th DCA 2006). Love it.