Jail Calls Are (Still) Being Recorded 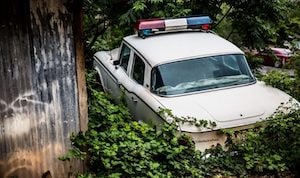 Some things bear repeating. Consider this article my annual warning to inmates that their calls are being recorded. To be fair, after over twenty years of defending criminal cases, I’ve talked to my fair share of clients over the jail phone system. Most criminal defense attorneys have some sort of phone contact with their clients at the jail, nothing unusual there. However, we all know not to talk about anything other than what we want the other side to hear. And, we attorneys are protected by attorney client privilege which trumps any sort of waiver of privacy issues (that’s a topic for another day). Today, we’re going to take a look at how the average recorded inmate call can find its way into a trial.

This case is a big one, Jackson v. State, 127 So. 3d 447 (Fla. 2013). Jackson was sentenced to death for the murder of a retired couple–the couple was buried alive in a “secret” burial spot in Georgia. This case received lots of media attention, and the Discovery channel ran a story on their “Wicked Attraction” series (if Discovery devotes an hour to your case, some crazy crap went down). Anyway, the Florida Supreme Court’s decision is over twenty pages long, and the only part to be reviewed today involves the recorded jail calls Jackson made to his grandmother when he was first arrested. It could be argued that, if the four murderers kept their mouths shut, the victim’s bodies would not have been found, and a murder case would have been far more difficult to prove (See State v. Casey Anthony, for example). But, the victim’s bodies were found because one of the four co-defendant’s told the police exactly where to find them. When Jackson’s grandmother told him this, the recorded call repeated lines like the following: “Bruce told them where the fuck these people were at. Oh, my God. How the fuck could he do that? Bruce just hung us all.” Id. at 464. Naturally, Jackson’s defense attorney filed a Motion to Suppress the recordings, but the motion was denied.

So, our Florida Supreme Court found the jail recordings admissible, and here’s why. Any sort of phone recording, whether it’s a confidential informant calling to make a drug deal, or an inmate cursing about the fact that he’s about to be put to death, admissibility begins with the Florida Security of Communications Act found in Chapter 934 of the Florida Statutes. The statute seeks to protect the communications of Florida citizens, but it does not protect conversations in which there is no expectation of privacy. Yes, whole books have been written about our expectation of privacy. Our expectation of privacy is the very heart of our Fourth Amendment protections against unreasonable. As such, this analysis could be 100 pages, but today, I’m serving up Chipotle steak tacos in lieu of a Ruth’s Chris filet (but, have you had Chipotle? It’s so good, and, where else can you get a plate full of organic food for under $7?). Back to the case at hand. The Jackson court begins their analysis with the case of State v. Smith, in which a recording from the back seat of a police car was challenged. 641 So. 2d 849 (Fla. 1994). It is somewhat perplexing–though not surprising–that many self-proclaimed street thugs are dumb enough to talk to each other in the back seat of police cars, only to bitch later that their confessions were recorded. They should read my website. Basically, the Florida Supreme Court in Smith held that there is no expectation of privacy in the back seat of a cop car (we’ve had this conversation before), so the recordings were found to be admissible. The reasoning goes something like this:

“under both the Fourth Amendment and the Florida wiretapping act, a speaker must have an actual subjective expectation of privacy and our society must recognize that the expectation is reasonable for the oral conversation to be protected. Thus, there is no reasonable expectation of privacy in a police vehicle or in a telephone communication from jail during which warnings are issued; therefore, any interception of conversations that occur there would not be prohibited by chapter 943.” Quoting Jackson v. State, 18 So. 3d at 1029-30
Keep in mind that Jackson’s call to his grandmother contained multiple warnings, like “This call is monitored or recorded“. Even if the warnings were not contained within the call itself, we would then expect the state to present evidence as to the signs posted near the jail phones indicating “All Calls Are Recorded”. It should have come as no surprise to Jackson that his confession was being recorded. I have hope that, at some point in the distant future, we will have no need for articles warning folks about their lack of privacy.