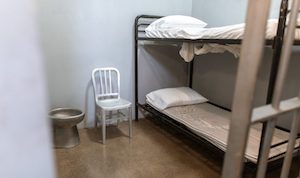 It’s always difficult to predict how punish will affect a defendant. And, it is somewhat life affirming when a judge discovers that supervision through the Department of “Corrections” has actually “corrected” the situation. When this happens, Florida law permits a judge to terminate probation early. After all, we are not robots–we can change our ways, I think (or, at least know the right things to say…). Yes, there are those folks who have completed their treatment, completed their community service hours, and passed all of their polygraph exams–only to find themselves on probation forever. Yes, I’m talking about the Least of Our Brothers (for all you Christians out there), sex offenders.

This is 2015, and sometimes punishment “works”. A drug addict gets treatment, and stops using. A sex offender spends years in a Jimmy Ryce Act hospital, and is cleared for release. When our criminal justice system works, the folks in charge of supervising defendants–the Department of Corrections–occasionally recommend to the judge that she terminate the defendant’s probation. Who better to recognize when a defendant has completed his probation than the person meeting with him every month?

[philosophy side bar – determinism – Einstein did not believe that criminals were responsible for their actions, because his deterministic view held that humans do not have free will– we are merely complex assemblies of matter interacting according to the laws of physics, and if we knew enough about these movements, we could predict the outcome, much like throwing a ball across the room. “Human beings in their thinking, feeling and acting are not free but are as causally bound as the stars in their motions”. Thus, a sex offender is destined to become a sex offender, as he has no free will to act otherwise, any more than the Earth may chose a different orbit around the sun. As a practical matter, Einstein confessed that “I am compelled to act as if free will existed, because if I wish to live in a civilized society I must act responsibly . . . I know that philosophically a murderer is not responsible for his crime, but I prefer not to take tea with him.”]

So, can a judge block a Department of Corrections recommendation for early termination of probation? Many judges will do just that, place within their sentence a warning to future judges that “No Early Termination Permitted”. If you see that in your sentencing documents, trust me, no future judge will entertain early term, but an appellate court will strike it down. And this gives away the ending in Hopps v. State, (Fla. 2d DCA 2015, 2015 Fla. App. LEXIS 1599). Hopps was sentenced on a delivery of cannabis and possession of cannabis after losing a jury trial, receiving three years in prison (Can you believe that, for delivering weed? No, this wasn’t a trafficking case) followed by two years of drug offender probation “with a special condition of probation calling for no early termination of probation.” Id. Hopps appealed her conviction, and the higher court struck down the condition, quoting another court’s rule of law that “a trial judge is not authorized to divest the Department of Corrections of its authority to recommend early termination of probation”. Id, quoting Baker v. State, 619 So. 2d 411 (Fla. 2d DCA 1993).

Sure, the Hopps case is a good decision for all those seeking truth, justice, and the American Way. But realistically, I just don’t find that many probation officers recommending early termination. In fact, I have heard that–as a matter of policy–the Department of Corrections will not recommend early termination for sex offenders. I’ve had judges do it anyway (not an easy feat), but you better be well past the half way point. You would not believe how many appellate cases are floating around in Florida right now, all of which have struck down trial court orders prohibiting early termination of probation. And yet, with all this case law, some judges still cannot take a hint (mostly new judges). The Florida Statutes governing probation sentences specifically grant judges the power to terminate probation early, as a way of commending a fine performance. To that effect, I’ve seen judges who will reject a plea agreement banning early termination, as such a ban would violate the court’s equitable powers to oversee, review, and commend probationers when necessary.