Criminal Defense
Since 1993
Contact Us Now For a Free Consultation
Home
Articles
Just Because a Judge Says So... Doesn’t Make It So

Just Because a Judge Says So... Doesn’t Make It So 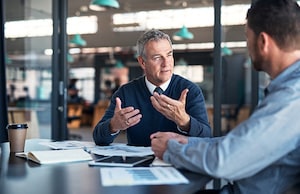 There was a show “Kids Say the Craziest Things”, but there could also be one for judges (and attorneys, for that matter). When I first started defending criminal cases here in Orlando back in 1993, the judge my public defender assigned me to once said to a Spanish client accused of Battery that “You won’t stop beating your wife, you’re Mexican!” Oops. Yes, the JQC did find out about such things and this person is no longer a judge (lost an election, those who know their Orange County history know exactly who I’m talking about).

Anyway, we could hash around war stories all night, but that’s what CLE meetings are for. So, here’s an analysis about probation conditions which a judge should not impose–even though they may seem like a good idea at the time. Let’s take a look.

Today’s case is Spano v. State, 60 So.3d 1108 (Fla. 4th DCA 2011). Spano was sentenced to community control following a plea to practicing law without a license. Somehow, she was ordered by the court to have no contact with her daughter (!?# huh?), possibly because they had a difficult relationship, with the daughter having obtained a restraining order against Spano. Eventually, Spano was issued a violation of probation (comm control, actually) by having contact with her daughter, against the order of the judge at sentencing.

The urge here seems to be judicial conditions designed to fix the ‘human being’, rather than conditions designed to fix the criminality. For example, another court struck down a condition on a grand theft case that the defendant attend AA meetings, when the theft was not reasonably related to the use of intoxicants. Carter v. State, 677 So.2d 1349 (Fla. 4th DCA 1996). Now you know.