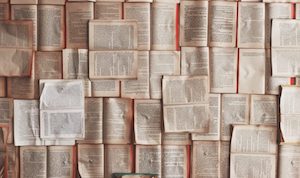 When it comes to criminal cases, lab reports are no fun. It seems as though someone at FDLE is always–conveniently–finding cocaine and oxycodone every time an officer suspects such. So, if these lab reports are so “scientific” and “neutral”, why not just let these pieces of paper into evidence to prove a citizen’s guilty of possession without having actual human beings testify?

Why not? Because this is America. Because we have a Constitution. Because our Supreme Court told us in Crawford v. Washington that documents admitted without human testimony violate a defendant’s right to confront a witness,when these documents are deemed to “testify” against him. 541 U.S. 36 (2004)

The State of Massachusetts attempted to get around Crawford by making laboratory reports “self-authenticating documents” pursuant to state statute. When this happen, the United States Supreme Court had to step in, and thus we have the case of Melendez-Diaz v. Massachusetts, 557 U.S. 1256 (2009). The issue was whether or not self-authenticating lab reports violated the confrontation clause under the Sixth Amendment, and the court said yes, admitting these lab reports without human testimony violates the Constitution. Why?

First of all, these lab reports are made in anticipation of a criminal case, cases involving either possession of cocaine, possession of oxycodone, or the drug of choice. Basically, the reports were made to “testify” against a defendant as to an element of his crime (type of drug, weight of the drug in the case of trafficking, etc). This is the very definition of a testimonial document, and a defendant has a right to cross examine such testimony. And, these lab reports are not neutral scientific evidence, they are potentially full of bias and error. A defendant’s ability to cross-examine the witnesses that created the documents is the only way to protect against problems of accuracy and honest reporting. Once again, the Crawford case protects our citizens against lazy prosecutors.