Lots Can Go Wrong When Sealing a Criminal Record 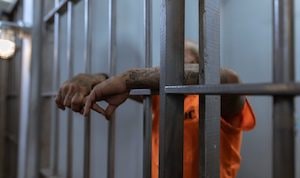 Lots of folks have a pretty positive vision of the future of humanity–so long has technology is there to save us. Some people would even go so far as to claim that all human progress stems from technological advancements. After all, where would we be if someone way back when didn’t figure out how to start a fire?

Technology certainly has its advantages, and I’m a big fan. Yes, I will buy the latest iPhone at some ridiculous price, because I love it. But, I’m not so diluted as to think that the world is, somehow, a much better place because of it. Maybe. Maybe not. A hammer, for example, can be used to build someone a house, or crush someone’s skull (gratuitously graphic, sorry). Having more tools doesn’t, necessarily, make the world a better place. Because technology is only a tool, the world may not be much of a better place unless we all use our tools to benefit others.

One thing is certain: technology is bad for folks with criminal records. Fifty years ago, it was tough to track down some misdemeanor petit theft from Walmart. Now, criminal arrest records are visible within hours of the incident. One way to fix this problem is to seal or expunge the arrest.

Today’s case involves one man’s quest to have his criminal history sealed forever. To understand what went wrong, we have to dig deep into what it takes to get a record sealed or expunged (sealing and expunging are virtually the same thing, more on that some other time).

Most people think that the sealing process is just automatic. Don’t you just hate it when someone tells you “this should be easy, right?” Well, not so fast. Lots can go wrong. In the case of Lazard v. State, one citizen found this out the hard way. 2017 Fla. App. LEXIS 14896 (Fla. 5th DCA 2017)

Lazard was arrested for felony aggravated child abuse, he allegedly hit a child in his care with an extension cord. Lazard accepted a plea to a misdemeanor called “contributing to the delinquency of a child”. He received a withhold of adjudication (meaning he was not convicted of this crime) and one year of probation. He completed everything successfully.

So, Lazard did what most people do after successfully finishing their sentence–he hired an attorney to start the sealing and expunging process. Before you can even ask a judge to seal or expunge an arrest record, you’ve got to get the Florida Department of Law Enforcement (FDLE) to issue a “certificate of eligibility”. Its an official looking document–it has a pretty embossed stamp on it–and nothing can be filed with the court until this document issued. This is the first step.

And, it was this first step that created all the problems. FDLE refused to issue the certificate, claiming that Lazard’s case did not qualify for sealing because it was a domestic violence situation.

Not to spoil the ending for you, but FDLE’s hands are a bit tied in the sealing & expunging business. Florida law dictates that FDLE must issue Lazard’s certificate if the following conditions are met (these conditions are found in Section 943.059(2) of the Florida Statutes):

(1) the applicant has submitted to FDLE a certified copy of the disposition on the case.

(3) the applicant has never been adjudicated guilty of any crime (in other words, no prior criminal convictions, withholds are ok though…)

(5) the applicant has never had a case sealed or expunged before (there are exceptions to this, which I won’t bore you with here)

(6) the applicant is no longer under court supervision on the case (in other words, you must complete your probation before applying to seal the case).

Now, let’s rewind. Under Florida Statute 943.059(2), which I have summarized above, the law states that FDLE must issue a citizen a Certificate if the criteria found in (1) through (6) above have been met. FDLE refused to issue Lazard a Certificate of Eligibility because his case was of the domestic violence variety. You’ve just read the Florida laws pertaining to when FDLE must grant a certificate. Did you see anything in there about denying a certificate because the case is related to domestic violence? I didn’t either.

Lazard met all six criteria, with flying colors. The appellate court agreed, holding that FDLE must issue the Certificate “because Lazard satisfied the conditions of section 943.059(2). Then, upon a petition to seal, it would be for the trial court to hold an evidentiary hearing to determine whether Lazard’s offense ‘related to’ an act of domestic violence precluding his record from being sealed.” id.

Now, it is very possible that the prosecutors in this case may file an objection to Lazard’s Petition to Seal, citing the fact that the case appears to be domestic in nature. But here’s the problem with that: the state must prove this case is related to “domestic violence” through evidence. Even Lazard’s appellate court decision noted that his petition should not be denied based upon “the allegations in the information and charging affidavit”. id. See Gotowala v. State, 184 So. 3d 568 (Fla. 4th DCA 2016).

In other words, we know that FDLE took a look at Lazard’s original arrest report, and that report probably contained some stuff that indicated this child abuse arrest was domestic in nature. However, the prosecutors cannot rely on police officer hearsay contained in arrest reports to prove that this case is domestic in nature. The prosecutors must present live witness testimony. Lazard’s case dates back to 2003. So, good luck with that.