Criminal Defense
Since 1993
Contact Us Now For a Free Consultation
Home
Articles
Misdemeanor Battery vs. Felony Battery vs. Aggravated Battery

The lowest level offense is a misdemeanor, it is what we call a simple battery and that includes domestic violence battery. As a general rule, a misdemeanor battery (Fla. Stat. 784.03) does not require any sort of injury, it is just an unlawful touching. Think of it this way, if someone gets in your face arguing and they push or shove you–that’s a misdemeanor battery, just the touch–no injury required. 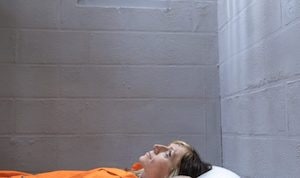 A misdemeanor battery carries a maximum jail sentence of one year.

Now, if you take that same touching but, somehow without intending to, you’ve caused great bodily harm, permanent disability, or permanent disfigurement or you have a prior battery conviction–you’ve now upgraded your misdemeanor battery into a third degree felony, what we call “felony battery,” and a felony battery is punishable by up to 5 years in prison (Fla. Statute 784.0141).

There are a couple of varieties of felony battery, the most common is known as domestic battery by strangulation, where you haven’t caused any injury so it should be a misdemeanor, but the whole idea of cutting off someone’s ability to breathe upgrades it to a felony battery.

And finally, if you’ve intended to cause great bodily harm, permanent disability, or permanent disfigurement, the charge is what we call aggravated battery, and this is a second degree felony punishable by up to 15 years in prison.

You can also get an aggravated battery without causing great bodily har if you’ve used a deadly weapon to batter someone, so the weapon can create the aggravated charge here, rather than the amount of injury inflicted. An aggravated battery is so serious that it actually carries a bit of prison time even on the first offense, so you’ll want to get a good local attorney on this to make sure everything goes smoothly for you. Good luck on your case and take care. Thanks for watching.