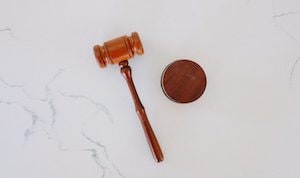 Oh, that sinking feeling. You “thought” court was set for next week, only to have the sheriff come knocking on your door. Hum, why is the sheriff looking for me? The severity of a missed court date depends on the type of court date missed. Missing a trial date can be different than missing a case management hearing, or a pretrial. The severity of a missed court date also depends upon whether or not you have a defense attorney tap dancing in your absence….[For those of you who have recently missed a court date and are wondering what to do: stop reading this article–call a local defense attorney asap!!!]

True, missing court is never a good thing. But, here in Orlando, many judge’s are somewhat forgiving, when defense counsel presents a reasonable explanation for such absence (I said “many” judges, not “all”). However, things can get a bit more complex when it’s a sentencing date. Such was the case recently in Palmore v. State, 36 Fla. L. Weekly D1782a (Fla. 1st DCA 2011). Palmore entered a plea to 60 days jail followed by 36 months probation on a possession of cocaine, use of firearm, and possession of marijuana.

The judge allowed Palmore to enter a plea as stated above, but a condition of the plea was that he must show up in court weeks later to begin the sentence. The problem for Palmore is that he failed to appear at his sentencing date on January 11, 2011, because he was arrested on January 9th for burglary and grand theft. Oops, I did it again.

On the day of sentencing, Palmore’s judge withdrew the plea agreement and sentenced him to 18 months prison, basing this upon “the fact that [Palmore] failed to appear for sentencing.” Id. Palmore appealed the court’s sentence, and the appellate court overturned the 18 months, noting prior case law which states that “Where timely appearance for sentencing is made a condition of a plea agreement, a non-willful failure to appear will not vitiate the agreement and permit the trial court to impose some greater sentence.” Johnson v. State, 501 So.2d 158, 160-161 (Fla. 3d DCA 1987). The appeals court reasoned that the judge never made a “factual determination” as to whether or not the failure to appear was willful. Simply not showing up is not good, but the court must make a finding on the record that it was “willful”.