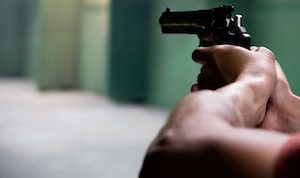 IN THE CIRCUIT COURT OF THE NINTH JUDICIAL CIRCUIT, IN AND FOR ORANGE COUNTY, FLORIDA
CASE NO. 2013-CF-0000-A-O
STATE OF FLORIDA,
Plaintiff,
vs.
THE ACCUSED,
Defendant.
/Motion to Reduce or Dismiss Felony Criminal Mischief

The Accused in the above styled cause hereby moves this court for an order dismissing count 1 of the information, the felony charge of criminal mischief above $1,000, pursuant to Fla.R.Crim.P. 3.190(c)(4) and as grounds would show;

There are no material disputed facts and those upon which the State would rely for conviction herein do not constitute a prima facie case of guilt.

The material undisputed facts are as follows;

Wherefore, the material undisputed facts do not constitute a prima facie case of guilt against the Accused.Memorandum of Law

The damage to John Jones’ truck was less than $1,000, and thus this court should dismiss this charge, thereby permitting the State to file an appropriate misdemeanor case in the County Court of this jurisdiction. The purpose of 3.190(c)(4) motions are to cull the wheat from the chaff without wasting valuable court time. The Fifth District Court of Appeal has stated: The function of a (c)(4) motion to dismiss is to ascertain whether or not the facts which the State relies upon to constitute the crime charged, and on which it will offer evidence to prove it, do, as a matter of law, establish a prima facie case of guilt of the accused. State v. Upton, 392 So.2d 1013 (Fla. 5th DCA 1981) citing State v. Davis, 243 So.2d 587 (Fla.1971). “The purpose of a motion to dismiss is to allow a pretrial determination of the law of the case when the facts are not in dispute”. State v. Pasko, 815 So. 2d 680, 681 (Fla. 2nd DCA 2002). The “material facts” that predicate this motion to dismiss are aimed only at the issue of proof regarding “damage in excess of $1,000”. Issues regarding who actually inflicted the damage upon the victim’s truck are not material to the defendant’s request that a pretrial determination regarding whether or not the state’s facts–as a matter of law–establish “damage above $1,000”.

The Accused is charged with felony criminal mischief under Florida Statute 806.13(1)(B)(3), and this statute requires proof of the amount of damage. It is worth noting that the second-degree misdemeanor criminal mischief has no such proof requirement. Our Supreme Court notes that “a plain reading of the criminal mischief statute reveals that the amount of damage is an essential element of the crime of felony criminal mischief.” Marrero v. State, 71 So.3d 881 (Fla. 2011). The High Court further found that “we cannot agree that the cost of motor vehicle body repair is so self-evident that a jury could simply use its life experience or common sense to determine whether the $1,000 damage threshold was met.” Id. Citing Jackson v. State, 413 So.2d 112, at 114 (Fla. 2d DCA 1982).

A 3.190(c)(4) motion must be based upon sworn facts, and part of said sworn facts are attached to this motion–in the form of the sworn testimony of victim John Jones. Florida appellate courts have noted that “[w]e see no impediment to using sworn deposition testimony to support a motion to dismiss.” State v. Davis, 890 So.2d 1242 (Fla. 4th DCA 2005). Of course, a defendant need not personally provide a sworn statement in support of a motion to dismiss. This issue was addressed in State v. Betancourt, 616 So. 2d 82 (Fla. 3rd DCA 1993), with the state appealing the fact that Betancourt never personally provided a sworn statement–the defendant’s father provided the sworn facts supporting the (c)(4) motion. Even though the state complained that a (c)(4) motion puts a burden upon the defendant to affirmatively admit the facts, the court rejected this line of reasoning. Florida Rule of Criminal Procedure 3.190(c)(4) only requires the motion be sworn to by “a person with knowledge”. This person need not be the defendant. Thus, a (c)(4) motion can survive a traverse without ever having the defendant swear to any facts, as the rule only requires “a person with knowledge”. The 3rd DCA held that Betancourt’s (c)(4) motion was valid without the defendant swearing to the facts which predicated the motion, as (c)(4) motions to dismiss do “not require the affidavit to be executed personally by the defendant.” Id. at 83.

Should the state chose to traverse this motion, the State’s traverse must dispute “material” facts. The 5th DCA in State v. Hysell held that a traverse mandates the denial of a motion to dismiss only when it “creates a dispute as to material evidentiary facts [emphasis in original]”, and the 5th DCA upheld dismissal in Hysell because the state’s traverse merely “disputed the legal effect” of the facts. 569 So. 2d 866, 867 (Fla. 5th DCA 1990). The 3rd DCA in State v. Nunez held that the state’s traverse was insufficient to survive the defendant’s motion to dismiss, because “a traverse requires more than a did not, did so swearing match.” 881 So. 2d 658 (Fla. 3rd DCA 2004).

As a side note, should this Court grant the Defendant’s motion, Rule 3.190(e), entitled Effect of Sustaining a Motion to Dismiss, specifically addresses an anticipated concern of the state that dismissal amounts to “throwing the baby out with the bath water.” Rule 3.190(e) states that the Accused may be “admitted to bail for a reasonable specified time pending the filing of a new indictment or information”. The Accused is already out on bail, so this Court should continue such conditions of release pending this case’s transfer to an appropriate County Court division.

For the foregoing reasons, the Accused requests this court to dismiss the charge against him.