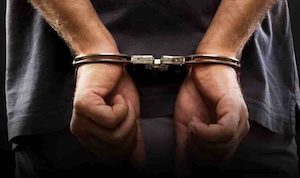 N THE COUNTY COURT OF THE NINTH JUDICIAL CIRCUIT, IN AND FOR ORANGE COUNTY, FLORIDA

The defendant in the above styled cause hereby moves this court to dismiss the charge of resisting without violence against him pursuant to 3.190 (c)(4) and as grounds would show that there are no material disputed facts and those material facts do not constitute a prima facie case of guilt against the defendant. Those facts are as follows.

It is for the above reasons that the Accused moves this court to dismiss the charge against him.Memorandum

There seems to be little question that an officer stopping a car for a traffic violation may order both the driver and passengers from the vehicle. This appears to be the safer way for the officer to conduct such affairs. As was said in Maryland v Wilson, 519 U.S. 408 (1997),

“Certainly it would be unreasonable to require that police officers takeunnecessary risks in the performance of their duties and we have specifically recognized the inordinate risk confronting an officer as he approaches a person seated in an automobile. According to one study, approximately 30% of police shootings occurred when a police officer approached a suspect seated in an automobile… We are aware that not all of these assaults occur when issuing traffic summons, but we have before expressly declined to accept the argument that traffic violations necessarily involve less danger to officers than other types of confrontations. Indeed, it appears that a significant percentage of murders of police officers occurs when the officers are making traffic stops.”

“holding that for general safety purposes an officer may routinely order the driverof a lawfully stopped vehicle to exit the vehicle because when the vehicle is already stopped, the slight additional intrusion associated with being directed to exit the car can only be described as de minimis.”

Why then would a properly trained police officer object that the driver of the car do what the law has fought for centuries to condone? One can hardly make the argument that the driver was more of a threat outside the vehicle considering the law relating to this subject?

The officer had only to check the credentials of the driver and write a citation or not. If there was a question of consent to search, then the driver could have objected at any point and any order for him to remain in the car would have been unlawful. Johnson v State, 995 So2d 1011 (Fla,App. 1st DCA 2008) Under the circumstances it would appear that the officer was simply throwing his weight around in making the demands he did. One is necessarily reminded of those cases cited by R.H. v State, 671 So2d 871 (Fla.App. 3d DCA 1996), none of which involved any colorable claim of danger to an officer (police officer’s ordering vehicle passenger out of vehicle following stop for traffic offense, which order was not motivated by safety concern, but because of passenger’s hostile attitude,” violated Fourth Amendment; passenger’s verbal abuse of officer, however obnoxious, was not only not unlawful, but was affirmatively protected by the First Amendment).

The facts of this case only seem like a close call because the participants were a citizen and a police officer, and the officer’s command to reenter the vehicle does not sound like much of an imposition. But the unlawful command to reenter the vehicle is not much different than the officer telling the defendant to stand on his head. Stand on his head? What possible connection does that have with writing a citation for speeding? Well, it has none, but it is unlikely that this officer will claim his own safety as a reason for ordering the reentry and counsel remains curious as to just what the defendant did wrong. If he had been told to stand on his head, most people would understand that he probably doesn’t have that much talent, that the order is arbitrary, is not for the safety of the officer, and, in fact, serves no purpose whatsoever.

Florida Statute 843.02 requires that the officer be engaged in the legal execution of process or in the lawful execution of any legal duty. It would appear, then, that before the defendant is required to obey the order of the officer, the order must be legal from the beginning. The police are clothed with the authority to uphold the police power of the respective jurisdictions. This includes, for the most part, that the police are furthering what is best for everyone in regard to their safety, health, and morals. As stated in Hobby v State, 761 So2d 1234 (Fla.App. 2d DCA 2000),

“The rational basis test for analyzing the constitutionality of a statute in terms of substantive due process requires the legislature to have a legitimate purpose for enacting the statute and to select means which have a reasonable and substantial relation to its purpose which are not unreasonable, arbitrary, or capricious.”

No one would argue that speeding can be dangerous and that it should be controlled by legitimate legislation. This involves two parties; the driver and law enforcement. For years the courts were entangled with whether or not the mere act of requiring the driver or his passengers to exit the vehicle was a constitutional violation. This is how important the courts felt the issue to be. Ultimately, the argument was decided in favor of the police who bear the danger of approaching a man sitting in the darkened space of his driver’s seat. What this officer apparently wants to do is to require the driver of the vehicle to do anything he chooses, whether it has a legitimate function in catching speeders one way or the other. Police officers do not have unlimited discretion in enforcing the law. Rinaldo v State, 787 So2d 208 (Fla.App. 4th DCA 2001), Suit v State, 906 So2d 1013 (Fla. 2005), Ogburn v State, 2012 WL 2481671 (Ala.Crim.App. 2012) (the primary role that the Fourth Amendment seeks to prevent is unbridled police discretion). See, Delaware v Prouse, 440 U.S.648 (1979) (stating that the essential purpose of the proscriptions in the Fourth Amendment is to impose a standard of ‘reasonableness’ upon the exercise of discretion by government officials, including law enforcement agents, in order ‘to safeguard the privacy and security of individuals against arbitrary invasions.’)

The Accused in the above cause did nothing to frustrate the efforts of the officer who stopped him, and he was fully ready to conform to what was necessary for a valid citation, despite the Accused’s allegedly obnoxious comments directed toward this officer. As such, the defendant asks this court to dismiss the charge against him.