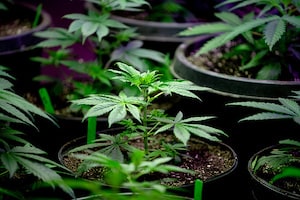 Do you know how hard it is to get into a communist country like North Korea? How about the former Soviet Union, back during the Cold War? How about getting into Cuba (as an American, of course)? I traveled to Germany back in the late eighties when there was still an “East Germany”. I couldn’t get in. You should have seen the soldiers with big AK’s patrolling “he wall”, it was scary.

This is the story of the United States government being a big bully. This is the story of a government that could use a few extra tourist dollars, and yet it refuses such tourist dollars for no good reason. We begin with fantasy football. Four million fantasy football fans competed this football season for Bud Light’s top prize, a trip to the Super Bowl in New Orleans.

And guess what, a northern brother from Canada won the trip. Can you imagine the excitement? I don’t think you can. Canadian Myles Wilkenson won the trip. As expected, he packed his bags and headed to New Orleans. Unfortunately, the United States government didn’t let him in the country. Why? Was he on our “no fly list” like Senator Ted Kennedy? What could possibly keep a Canadian citizen from entering our country to spend money?

Weed. Now, I’ve had some clients caught trafficking a tractor trailer full of weed–and if you’re such a person–I can understand why some countries would not want you coming to visit, given your proclivity to deal in massive amounts of controlled substances. But Mr. Wilkenson was not that guy. His possession of marijuana charge dated back to 1981. That’s right, 1981, more than 30 years ago. And, he wasn’t caught with a truckload of weed. He had two grams, that’s it. He paid a $50 fine, that’s it. But our government denied him entry into the country. Wow. Sorry New Orleans, we know you could use a few tourist dollars, but anyone who’s paid a $50 fine for a weed charge is not of the good moral character that should be permitted to party on Bourbon Street.

To be fair to Uncle Sam, it’s possible that Canada would have denied an American entry under the same circumstances. Maybe, possibly. So, let’s play the “would you admit this guy into your country” game. Say someone gets caught with a half a pound of weed in a Toyko airport, then caught with weed also in Sweden, and later caught with weed in Scotland. Would you deny Sir Paul McCartney entry into your county? Even with a “Sir” before his name? Hasn’t Sir Paul been allowed into the United States since these three arrests? I’m a fan of Paul’s, so I’d let him in no matter what, but that’s just me. Person number 2: Arrested and fined for a weed charge in London–more serious than Mr. Wilkenson’s $50 fine case–are you telling me we wouldn’t let Bob Marley in the country? Really?

I’ll stop government bashing for one minute, and preach a little individual responsibility here. Why don’t people expunge their record? Why don’t people seal their record? It’s simple, it’s cheap. True, I don’t know Canadian law, so I’m not sure that this is even possible (and, it’s possible that sealed charges are still visible to border authorities). But, let this be a lesson for those of you not sure as to whether or not you want to seal or expunge some “stupid” charge. Do it. Future dream vacations may depend on it.