One of My Favorite Loopholes 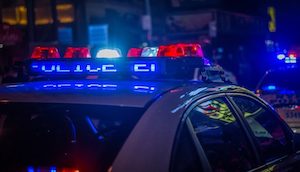 The police have lots of power, but they cannot arrest anyone, for any reason–even though it may seem that way at times. We’re going to take a dive today into the limits of police powers, and what’s written below may come as a shock to most of you. Well, “shock” may be too strong of a word, but interesting is certainly an accurate description of today’s legal technicality.

If a police officer knows you’ve committed a misdemeanor crime, because maybe he’s watched video survaillance, or obtained eyewitness sworn statements, or whatever the case may be–may he then arrest you?

After all, he’s seen you commit a crime on video, or he’s interviewed the eyewitesses. Good enough for an arrest, right?

Let’s dive into the real-life case of H.R. v. State, 2020 Fla.App.LEXIS 1734 (Fla. 3d DCA 2020). H.R. was convicted of a misdemeanor criminal offense of falsely activating a fire alarm (Section 806.101, Florida Statutes). The officer did not see H.R. pull the fire alarm, but he viewed a surveillance video that showed H.R. and another witness nearby the fire alarm, and the officer then obtained a sworn statement from the eyewitness who indicated that it was H.R. who pulled the alarm.

Once the officer finished up the sworn statement indicating H.R. did the crime, the officer went to arrest H.R.–but–H.R. resisted his arrest without violence by flailing his arms and trying to get away. Yes, this is also a misdemeanor, and H.R. was eventually found guilty of both resisting an officer and falsely activating a fire alarm.

H.R.’s arrest for resisting an officer was illegal, and his conviction will eventually be thrown out, all because of one of my favorite misdemeanor loopholes. Let’s break down why H.R.’s “flailing of his arms and trying to get away” did not constitute resisting an officer–because typically, this is 100% criminal conduct.

When it comes to misdemeanors, “a police officer may make a warrantless arrest for a misdemeanor only if it is committed in the officer’s presence.” See 901.15(1), Florida Statutes. id. at 4.

Remember, there’s this general rule: “An arrest without a warrant for a misdemeanor, to be lawful, can only be made where the offense was committed in the presence of the officer–that is it must have been within the presence or view of the officer in such a manner as to be actually detected by the officer by the use of one of his senses”. id. citing Malone v. Howell, 140 Fla. 693 (Fla. 1939).

So, why is it that H.R.’s conviction for resisting an officer without violence must be thrown out?

“Because the officer did not execute a lawful arrest (for activating the fire alarm), H.R. had the right to resist that arrest without offering violence.” id. Basically, in order to convict someone of resisting an officer without violence, the state must prove that the officer was engaged in the lawful execution of his duty. Under these facts, this officer wasn’t allowed to arrest H.R., so the “failing” and “trying to get away” that makes up 99% of all resisting charges was perfectly legal.

This arrest was illegal, but for technical reasons H.R. will have to wait to have his conviction overturned. It is likely, by the way, that the conviction for pulling the alarm will stand, but the resisting conviction will eventually be thrown out.

As a side note: There are plenty of exceptions to the general rule that an officer cannot arrest a citizen for a misdemeanor unless that officer witnessed the crime being committed. Those exceptions are listed in Florida Statute 901.15(5) – (10). One big exception, for example, is that an officer may make a misdemeanor arrest for battery domestic violence, even though this is done without the officer actually witnessing the domestic altercation.