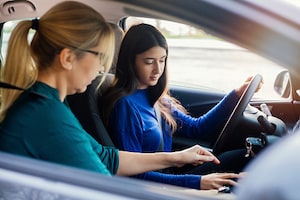 Florida has an odd loud noise law, because it basically makes it illegal to play amplified sound that is audible from 25 feet way. Orlando law enforcement have used this law as an excuse to pull over cars that they suspect possess drugs. But 25 feet is not alot of feet, my cell phone can be heard from 25 feet away, and it thus violates Florida’s noise ordinance.

In other parts of Florida, the statute has been declared unconstitutional–but not Orlando. What this means is that, in parts of the state, the police cannot stop a car for loud music because they’re on notice that their court system has declared it unconstitutional. But Orlando is guided by the Fifth District Court of Appeals, and the Fifth DCA found it constitutional back in 1999 (when the law was 100 feet, not 25 feet). So, Orlando police were still able to pull cars over for loud stereos. That is, until today.

The case that has changed everything for Central Florida motorists is Montgomery v. State, 36 F.L.W. D2046 (Fla. 5th DCA 9/16/11). Montgomery challenged the constitutionality of the statute as being vague (what does “plainly audible from 25 feet” mean, what’s plainly audible to my grandpa who can’t hear well?).

Rather than say that the loud noise statute is vague, the court held that it was “over-broad”, in that the statute makes it illegal for me to blast my music, but it is perfectly legal to blast the same music if done for “business” or “political” reasons. Businesses should not be provided more rights than individuals, but that’s exactly what the statute does when it allows a business to play loud music–and prohibits the same for an ordinary citizen. Chalk one up for free speech.

So, should law enforcement give you any trouble about your stereo, you know a good defense attorney that can help.