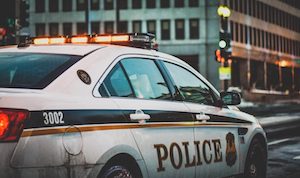 Yes, we see more driving while license suspended (DWLS) charges here in Orlando than other cities in Florida (well, maybe Miami gets a few more than us). The Sunshine State attracts drivers from all across the country, and they bring their bad driving records with them. So, when a person is arrested here in Central Florida for driving while license suspended as a habitual traffic offender (HTO), can that conviction stand when it’s based upon an out-of-state habitual designation?

We’ve seen our courts uphold enhanced DUI charges for multiple offenses, when the state can prove out of state prior convictions, but the same cannot be said when attempting to enhance a DWLS charge up to a DWLS as an HTO. Let’s see why it can’t be done … enjoy.

In Neary v. State, 2011 WL 2415776 (Fla 5th DCA 2011), Michael Neary was convicted in Flagler County of driving while license revoked as a habitual offender, a third degree felony. Neary is a resident of Georgia, and it was the State of Georgia which designated him a habitual traffic offender. But Florida’s definition of a “Habitual Traffic Offender” is “any person whose record, as maintained by the Department of Highway Safety and Motor Vehicles, shows that such person has accumulated the specified number of convictions …” Section 322.264, Florida Statutes.

It’s that statute that formed the basis of our Fifth District’s overturning of Neary’s conviction. The habitual traffic records were NOT maintained by Florida’s Department of Highway Safety and Motor Vehicles, as required by the statute. Florida had no such records. Only Georgia had those records. As such, Neary did not meet the definition of Habitual Traffic Offender.

These HTO cases can be tricky, they’re never as straight forward as one might think at first glance. So, you know what I’m about to say, right? Call your friendly local defense attorney to discuss these issues, and more. I know a good one in Orlando….