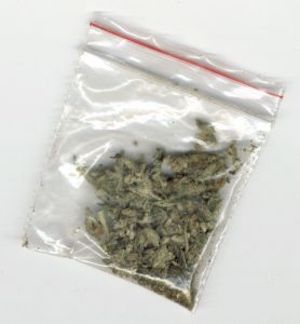 There are plenty of bogus charges out there, and one of my favorites is Possession of a controlled substance with the intent to sell or deliver. In my twenty (plus) years of defending criminal cases in Orlando, I’ve seen plenty of cops, judges, and prosecutors that truly do not understand the law on intent charges. Basically, a possession with intent to sell charge is really just a simple possession charge upgraded due to the quantity of drugs, the packaging of the drugs, or the money found on the citizen. The charge is always accompanied by the arresting officer’s “expert” opinion that weight, packaging, and cash is consistent with drug dealing. So, let’s take a look at a real life example, like we always do.

In Alleyne v. State, 42 So.3d 948 (Fla. 4th DCA 2010), the defendant was charged with possession of marijuana with intent to sell within 1,000 feet of a school. Alleyne ran when police rolled up to a convenience store, and as he ran a brown bag flew out of his hand. Inside the bag was 18 individual plastic Ziploc baggies containing marijuana, a rolled up $20 bill, with another $36 was found in Alleyne’s pocket. The total weight of 18 baggies was less than 20 grams (a misdemeanor, fyi).

At trial, an officer testified that the “amount that Mr. Alleyne had on his person was not for personal use, it was for drug dealing.” Id. The officer was convinced these 18 baggies of marijuana could not have been for personal use, “[n]ot the way it was packaged, not the way he was standing, and not the way the incident took place.” Id.at 949. Now, for those of you who have not participated in many drug trials, let me tell you, testimony from a cop that the drugs were ‘packaged consistent with drug dealing‘ never makes much sense, because there’s always two sides to a transaction. My kitchen is full of stuff that is packaged for sale. My unopened box of Fruit Loops is packaged for sale. Half of my kitchen pantry is packaged for sale, but that doesn’t mean I’m running a grocery store. Why can’t somebody buy 20 small baggies of weed? You can still buy a case of beer these days, right? This so-called expert opinion regarding drug packaging is really just an excuse to enhance a possession charge into a three times more serious possession with intent to sell or deliver case (a typical possession charge is a third degree felony, punishable by up to 5 years in prison, by adding the ‘intent to sell’ language, you’ve increased the max prison to 15 years).

So, how can you really tell whether or not someone possesses drugs for person use, versus intent to sell? Let’s use the example of Seth Rogen. I like his movies (This is the End, awesome movie, just saying), Seth hosted an excellent roast of James Franco, but my main point here is that it’s pretty much common knowledge that the man likes his weed. So, if you were to search Seth Rogen today, you may find a couple of things: 1) tons of weed, and 2) tons of cash. He’s a wealthy guy, right? Does having lots of weed, and lots of money, make you a potential drug dealer? Would OPD accuse Mr. Rogen of intent to sell just because he has a large stash of cash and weed? This question brings us closer to the reasoning of the Alleyne court.

As a side note, some judges do not think they should be deciding issues of intent at all. At the trial court level, this leads to the double whammy of both injustice and inefficiency. If a judge won’t throw out a case that deserves to be tossed, the prosecutors won’t dump the case to begin with. When the prosecutors won’t dump it and the judge won’t throw it out, you’ve got yourselves more jury trials than are necessary. Don’t believe me? One example of a waste of taxpayer money can be found in Martin v. State, 107 So. 3d 561 (Fla. 1st DCA 2013). The appeals court overturned Martin’s conviction for possession of cocaine with intent to sell. Technically speaking, the appeals court ruled that the lower court should have thrown the case out, and the jury never should have been involved. Again, this was the right decision. However, a dissenting judge in the case thought that Martin’s “claim that he possessed the drug for personal use is for the jury to determine.” Of course, I disagree with that notion, as would most freedom loving Americans. We should not be wasting jury time and money on cases in which a judge can (and should) make a preliminary ruling on the evidence. Some judges (and prosecutors) are mesmerized by any law enforcement officer that shows up to court and claims to have an expert opinion on drug dealing. You know the stats. America has more people in jail and prison than any other nation on Earth. If every judge simply rubber stamps the so-called expert opinions of the police, our taxpayer dollars will continue to be wasted on the largest incarceration system our planet has ever encountered.