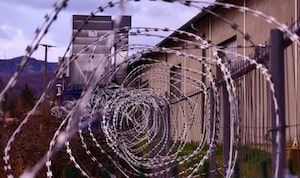 You may recall that several weeks ago I wrote about our Florida prisons-specifically the issue of time served afforded an inmate due to a prison mistake. Well, Mr. Peter Dolinger was kind enough to contact me, providing insight into this matter that I’d like to share. Peter has fought such legal battles as a former prison law clerk. He now runs a wonderful website worth checking out, www.FloridaPrisoner.com. The website is a voice for what Jesus defined as “the least of our brothers”, Florida’s 100,000+ prisoners.

As you know, our government makes mistakes, and lots of them. Sometimes, a prisoner is mistakenly released early. Upon return to the prison system, the question becomes, who gets to determine the credit for time served while under mistaken release? Department of Corrections has, as guidance, Title 33-601.604 “Determination of Credit When Inmate Is Released in Error”, under which DOC is required to give an inmate credit for “out time” if “there is no indication that the inmate reasonably should have known that the release was in error”. Peter informed me that DOC “has adopted an administrative rule requiring their staff to employ a Gestapo-like procedure when a mistakenly-released prisoner makes it back into custody”.

The problem here, of course, is that DOC is in charge of deciding what should be done about DOC’s own mistake. Hum. Maybe we should let doctor’s determine what happens in a malpractice case? I could go on and on….