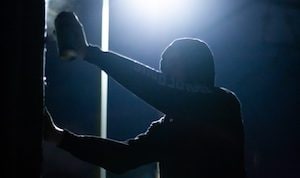 Some would say that you haven’t lived until you’ve been punched in the face. Well, then let me continue “not living”….But if you feel the urge to punch “someone” in the face, maybe it shouldn’t be the same person that is defending your life. Just a suggestion.

Our case de jour is Jones v. State, 36 F.L.W. D1980 (Fla. 4th DCA 2011). Jones was sentenced to life in prison for sexual battery against a six year old girl. Naturally, Jones blamed his lawyer for the sentence, and filed a 3.850 ineffective assistance of counsel claim against him. The beauty of a 3.850 claim is that, if granted, the sentence is overturned and the case starts over. Actually, the court hearing Jone’s motion had noted that Jones filed “excessive postconviction motions” and “raised many repetitive, meritless, and frivolous claims.” Id. One such claim was the fact that, if the defendant had testified at trial, “he would have testified regarding a sexually-transmitted disease he had acquired in the past and that the victim would have gotten this disease if he had committed the acts.” Id.

Jones tried to fire his appointed lawyer in the middle of the hearing, but was denied. So, the defendant “summoned his postconviction counsel to his side under the pretense that he wanted to speak with him. Appellant then struck counsel in the face with a closed fist. Appellant was subdued by deputies and removed from the courtroom. The evidentiary hearing proceeded with his court-appointed postconviction counsel and without appellant.” Jones had a smart judge that was not falling for the courtroom antics.

(Did the defense lawyer press battery charges? I don’t know.)

Lesson of the day: When your last hope is arguing to overturn your life sentence, don’t punch him.