Reading the Minds of Our Elected Officials 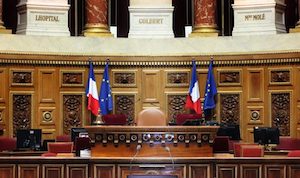 Wonder what our legislators are thinking? Well, wonder no more. A secret mind reading machine transcript was leaked to my office, and I’m going to print some excerpts below (for those X-files fans out there, you know what I’m talking about). Here’s a glimpse of all those important thoughts floating around in legislative skulls of mush.

Of course, this is a censored, content edited version, safe for the young readers. However, after such heavy editing, what is listed below constitutes what’s left after many months of deep, intellectual legislative negotiations. Enjoy this rare peep into the hearts and minds of our elected officials.

TIME STAMP 14:36:04: BRAIN WAVE PATTERNS SHOW THE PRESENCE OF NUMEROUS BORED LEGISLATORS, LOOKING TO CREATE A NAME FOR THEMSELVES AND JUSTIFY THEIR HUGE PAYCHECKS, when suddenly, a stroke of creativity possesses a few legislators, similar to a scene out of Exorcist 2:

“What if we make more things a crime?”

“So, remember back in the day when drug dealing was a crime? Sure you do. But hey, a 15 year prison sentence is not enough for simply dealing drugs. What if we double that maximum sentence to 30 years if the drug deal is done within a 1,000 feet of a convenience store! Won’t you feel safer now when running into your local 7/Eleven?” [lobbying efforts of convenience store owners censored for content]

“And, remember when it was a felony to deal in stolen property? Sure you do, but that law didn’t really deter people from listing stolen stuff on the internet, right? So, if we make a separate statute–still called it “dealing in stolen property”-but then added the terms “via the internet”, wouldn’t that end this crime forever? [Florida Statute 812.095(2)] Yes! Dealing in Stolen Property Via the Internet. Adding three words to the old crime is really going to help the scourge of evil created by numerous craigslist and eBay postings of stolen goods.” “Can’t you hear the crowds at the pep rallies? Thanks Florida legislators! We heart you!” “Can we get Justin Beiber to do his little beating heart thing on his chest? No? What about Jimmy Fallon?”

[…several new legislatures get the hang of making new laws, and some baby Einstein chimes in] “What about old people?” “Yes, old people are really important, I love old people.” “So, how about aggravated battery on a person over 65?” “Done.”

We’re on a roll, keep those new crimes coming!!!

“Guys, what about pregnant bitches [you can say ‘bitches’ on TV, so I didn’t edit this portion of the transcript], can’t we create another crime for hitting someone pregnant?” Done, battery on a pregnant person.

“What about firefighters?” “Done, new crime for battery on a firefighter.”

[YOUNG WHIPPER SNAPPER SPEAKS UP FOR THE FIRST TIME] “What if someone hits an EMT? That should be a new felony crime!” “Brilliant!” “The new crime of battery on an emergency medical care provider has been born today!”

[MONTHS LATER, ZILLIONS OF TAXPAYER DOLLARS LATER, ANOTHER LAW IS BORN] “Hey folks, you know those people that investigate traffic accidents? They’re not really cops, but they’re really important! Shouldn’t they have their own separate crime if they get hit?” Yes! Consider it done, battery on a traffic accident investigation officer — now officially its own crime.

“Guys, how important are our colleges?” “Oh, way important. Super important.” “But really, the new crime we created for battery on school employees months ago doesn’t cover the security guards present for Board of Trustee meetings, because they’re not employees of the school. How about a new felony crime for Battery on a Security Officer employed by the board of trustee of a community college?” “Great idea, best idea of this legislative session, consider it a law!”

[yes, these crimes are really crimes]