Red Light Cameras May Soon Be a Thing of the Past 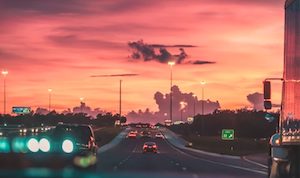 Some folks would say that technology has made our lives better. After all, without video cameras in the hands of citizens, there would be no way to refute an officer’s testimony. And, the DNA testing of evidence in old rape cases has proven quite effective in setting hundreds of innocent inmates free, after decades behind bars. But, technology has also created it’s fair share of problems, the most glaring of which has been the fact that fewer human labor hours are needed when a computer can answer a phone, or an automated system can provide customer service, or a few robots can build a car or manage a warehouse once full of employees. Even worse than this, however, is the fact that computers may one day be able to solve problems at a high level, taking the place of doctors, engineers, and lawyers (known as the P vs. NP problem). Sure, you’re probably thinking this is just another pointless rant, but stay with me, I’m about to tie this into the red light camera problem.

Now, the real problem lies in how local governments are enforcing these violations. The City of Hollywood (like most Florida cities with these cameras), subcontracted their red light enforcement to “American Traffic Solutions (ATS). ATS provides a one stop shop for these camera systems; they install the cameras, their computer monitors the recorded images, their computer uncovers potential violators, and their computer decides which images will be forwarded to law enforcement. The city will then review the images, and click an “accept” button if they would like ATS to print and mail the vehicle owner a citation. If the owner fails to pay the initial violation notice, ATS’s computers will detect the non-payment, and automatically generate a uniform traffic citation, complete with a computer generated signature of a traffic infraction officer (TIEO).

Remember what I said about technology taking over everything?

In sum, Florida law does not grant the City any authority to delegate to a private third-party vendor the ability to issue uniform traffic citations. Only the City’s law enforcement officers and TIEOs have the authority to issue such citations. The City also lacks the lawful authority to outsource to a third-party vendor the ability to make the initial review of the computer images of purported violations and then use its unfettered discretion to decide which images are sent to the TIEO, and which ones are not. . . . The process set forth in the contract between the City and ATS does not comply with Florida Statutes; therefore, the TIEO did not have authority to issue the citation in this case. As a result, the dismissal of the citation is the proper remedy.” Id. at 9.

So, maybe the title of this article is a bit extreme, and/or optimistic, because the legislature will probably amend the Florida Statutes to permit such shenanigans. Our victory may be short lived. However, I see a bigger problem with these cameras, in that there is a major flaw in the statute regarding what testimony a judge may consider as proof in a citation hearing. (this issue will be the topic of my next article)

2016 UPDATE: It’s now August of 2016, and there’s a recent case that distinguishes itself from the City of Hollywood case discussed above. In State v. Jimenez, the Third DCA found that the red light cameras operated by American Traffic Solutions are perfectly legal. 2016 Fla. App. LEXIS 11373 (Fla. 3rd DCA July 27, 2016, 3D15-2303 & 2271). Jimenez complained that these cameras were, basically, run by non-law enforcement officers who had unfettered discretion to issue citations. Sounds pretty similar to the above case, right? Well, the court didn’t see it that way. After reviewing the policies in place, the Jimenez court held that the red light cameras were legal because the municipality required law enforcement to review the citations. In City of Hollywood (above), the court dismissed a red light citation because the camera vendor was given unfettered discretion in the issuance of the citations. Now that the Third District Court of Appeals approved of the policies found in Jimenez, I wouldn’t be surprised to see many cities re-write their red light camera guidelines to comply with the Jimenez policies, and shy away from the unfettered discretion policies struck down in City of Hollywood. Now, will these cities actually “follow” their own guidelines? Don’t hold your breath. Sure, they will make this legal “on paper”, but I doubt we’ll see any real change in how things are handled.