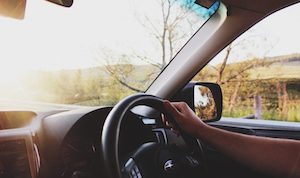 Renting a car is a pretty innocent activity right? My mom’s rented plenty of cars, my 92 year old grandma has rented cars (in her younger days)–pretty much everyone has rented a car at one point or another. Lookout mom and grandma, because apparently, driving a rental car is an indicator of drug trafficking. Orlando law enforcement officers can get fairly aggressive in their quest to convict a citizen of drug trafficking. In one such case, a trial court actually admitted rental car evidence in a drug trafficking trial as proof that the defendant was behaving as a drug trafficker. What is this world coming to? Let’s find out….

Myles Austin was convicted of trafficking in cocaine, and appealed his conviction. Austin v. State, 44 So.3d 1260 (Fla. 1st DCA 2010). A trooper stopped Austin, eventually finding cocaine in a compartment of Austin’s rental car. The trooper explained at trial that the rental car agreement was a “third-party rental”, meaning that someone other than Austin rented the vehicle. Apparently, such innocent behavior raised a red flag for this trooper. At trial, the court allowed a Florida Highway Patrol trooper to testify about the general behavior patterns of drug traffickers, claiming (over defense objections) that “what drug traffickers will do is rent a vehicle in someone else’s name or someone else rent[s] a vehicle for them” Id at 1262. The trial court allowed the testimony because the trooper was “trained” to look for these ‘factors’ which the trial court believed to be relevant.

Thankfully, the 1st District Court of Appeals disagreed. They overturned the trafficking conviction, holding that the admission of “testimony about the general behavior of certain kinds of offenders is inadmissible as substantive proof of a defendant’s guilt. Every defendant has the right to be tried on the evidence, not on the general characteristics or conduct of certain types of criminals” Id. [internal citations omitted]. The appellate court correctly reasoned that allowing such evidence is dangerous, as “it invites the jury to convict the defendant by association, rather than on the evidence.” Id. Just because the trooper has arrested others that behaved like this, doesn’t mean that Austin was behaving in the same manner. Based upon this case, plus my 17+ years criminal defense experience, I cringe when and officer starts a sentence with “based upon my training and experience.” Fortunately for defendant Austin, the appellate court feels the same way.