Criminal Defense
Since 1993
Contact Us Now For a Free Consultation
Home
Articles
Resisting an Officer Without Violence (Is It Legal to Run From the Cops?)

Resisting an Officer Without Violence (Is It Legal to Run From the Cops?)

We’re going to break this down by starting with a common theme here which is running from the cops. If you run from the cops they’re probably going to arrest you for resisting an officer without violence. However, they’re not going to be able to convict you most of the time.

So, I’m going to run you through some real life examples of just how this works, and what the defenses are. In Garcia v. State of Florida, Garcia is chilling with some from friends and the sheriff’s van pulls up. And, they kind of launch out of these vans. When they launch out of this van they yell “Sheriff’s Office!” and guess what Garcia does? He bolts. Runs. 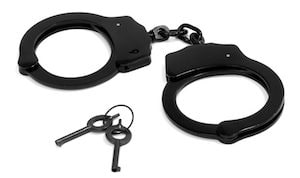 They catch Garcia. The arrest Garcia for resisting. They convict Garcia of resisting. And Garcia appeals his conviction and says, ‘Hey, flight alone is not enough to convict me of a crime”. The appellate court said, yes, that’s true. And yes, we’ve said that many times. But Garcia you were in a high crime area. And whenever you’re in a high-crime area, that is suspicious behavior, to run from the cops.

So therefore, that conviction for resisting with Garcia–that stuck. You cannot run from the cops in a high-crime area. Its just too suspicious.

You see a similar situation in T.P. v. State of Florida. An anonymous 911 caller said ‘look, there’s this black male looking into windows and its kind of suspicious.’ The cops show up to the area and they see a dude that fits the description and they yell ‘Hey, we need to talk to you’.

T.P. takes of running. They keep yelling at him to stop, stop, stop. Eventually they catch up with him, they arrest him for resisting and they convict him of resisting. And so T.P. appeals his case just like Garcia and says–wait a second, can’t I run from the cops? Isn’t this a free country?

The court overturned his conviction and said yes, you can run. In T.P.’s case, the State couldn’t prove up the high crime area element and couldn’t prove up the suspicious behavior of looking into windows. If the cops saw T.P. looking into windows like the 911 caller said, we wouldn’t be having this discussion, the conviction would have stood. The cops didn’t see T.B. doing anything suspicious. And its not suspicious to run in a good neighborhood. T.P. was in a good neighborhood because the State couldn’t prove he was in a bad one.

T.P.’s conviction was thrown out.

With these examples and many more, you can see its really tough to convict someone of resisting arrest when all they’ve done is run from the cops.

You have to look at the circumstances, piece it out. Detail by detail, to see if there’s a defense to the case or no defense. So, I wish you luck on your resisting case.