Resisting an Officer Without Violence (ROWOV)

Resisting an officer without violence is a misdemeanor. It is punishable by up to a year in jail. And, its kind of very often a fairly bogus charge.

Basically, a resisting an officer without violence, it has everything to do with the idea that a cop told you to do something and you didn’t instantly obey this officer’s command.

I’ve seen, in 25 years of doing this, lots of times where an officer just “do this, do that” “out of the street” “move it” “get away”. Whatever the case may be, and if you don’t do it instantaneously, you’ve got handcuffs.

So, a resisting charge is a timing issue. Like, look, you never gave me enough time to obey your orders. Or, sometimes it is a quite valid defense to say “Yea, you gave me orders, but do you know what? Those orders are not legal.” I mean, the orders that you’re being asked to obey on a resisting without violence–they have to be legal. 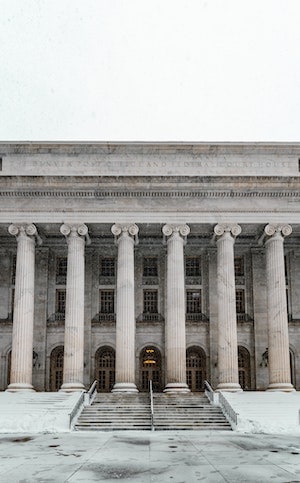 For example, I had a client who was pulled over and he was ordered out of the car. Cops have every right to order you out of a car. But, when he got out of the car, he had, like, some, uh, feelings of having to go to the bathroom. To the point of where, like, he couldn’t sit back down in the car again. He really had to walk away and go to a 7/11 or whatever. But, the officer ordered him back in the car. He said “You must get back in the car.” My client was like “I’m not getting back in the car.” The officer’s responds “I am ORDERING YOU back in your car.” “No, you’ve written me my citation, I don’t have to get back into this car.”

Well, my client was arrested for resisting an officer without violence. He didn’t “obey” the order to get back in his car. We won that case because it’s not a legal order. They have no legal right to order you back in the car. They only have a legal right to order you out of the car. You see this a lot with resisting an officer without violence. These orders, while they might be convenient for the officer. While they might be helpful to the officer, they’re not always legal orders. And if its not a legal command, then, its not a crime to disobey it.

Sometimes these officers get so ego charged, and so like “I am King, and you are my little fiefdom” and if everybody doesn’t “snap”, then off with the heads. That’s not the law. I mean, you can raise a couple questions and then obey an officer. But if the officer just barks out orders and throws on handcuffs instantaneously–how does this officer even know that you understood or heard them right? I mean, I have people in my family that, I talk to and I have to repeat myself three times before they really hear it. And these officers aren’t giving you any opportunity, they’re just throwing on handcuffs.

So, resisting an officer without violence is a real squishy charge that isn’t always provable. And, I suggest that you get an attorney involved. Get this thing defended and I hope that it will turn out well for you.