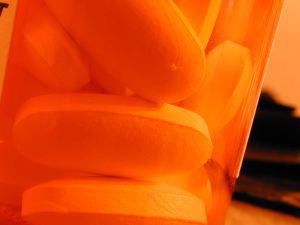 “minimum mandatory sentences are simply heavy handed and arbitrary…we should not have laws that ruin the lives of our young men and women who have committed no violence.” United States Senator Rand Paul (R-Ky)

Finally, a much needed modification to Florida’s drug trafficking laws for the painkillers hydrocodone and oxycodone (found in Florida Statute 893.135). For many years, your taxpayer dollars have been going to warehouse people in prison–not for being hardened criminals, but for having a pain pill addiction. And, it really doesn’t take much to end up in prison for painkillers. Under current drug trafficking laws, a mere 7 pills can trigger a minimum mandatory 3-year prison sentence (and, a mandatory $50,000 fine. Yes, only $120 in pills gets you a $50,000 fine):

HYDROCODONE – current law (based upon an average pill weight of 0.65 grams):

And, the trafficking laws changed for oxycodone as well.

OXYCODONE, current law (based on average pill weight of 0.13 grams):

There’s good reason for Florida to scale back it’s trafficking laws. Obviously, its morally wrong to send a drug addict to prison for 3 years because of 7 hydrocodone pills. But, it happens. These folks should have their addictions addressed, not sent to prison at taxpayer expense. A recent report indicates that “prison admissions for trafficking in opioids have more than quadrupled over the past five years, from 262 admissions in Fiscal Year 2006-07 to 1,200 in Fiscal Year 2010-11” OPPAGA Report (last visited today) (opioids can be either painkillers or heroin, but 94% of these trafficking cases were for painkillers). This is costing Floridians a fortune. Its not just about the prison costs. It’s the enforcement costs. We have more cops tracking drug addicts rather than child molesters, because having 7 hydrocodone pills is a First Degree Felony punishable by up to 30 years in prison–child molesting can be only a Second Degree Felony punishable by up to 15 years in prison. How many robbers are not caught because law enforcement is too busy turning a drug addict into a first degree felon? And, most of all, the social cost of sending a drug addict to prison (rather than treating the addiction) is huge.

One report estimates the Florida will save $48,387,615 in prison costs alone, over the next five years (See The Florida Senate Bill Analysis and Fiscal Impact Statement of CS/SB 360, dated February 24, 2014, page 11). That figure is way low. We all benefit from the law enforcement time that can now be spent pursuing violent criminals, or thieves, rather than drug addicts. Most importantly, families benefit greatly from having their loved one treated for their addiction, rather than locked up for years. (for more information on how mandatory minimum sentences for drug charges affect families, check out the excellent organization Families Against Mandatory Minimums).