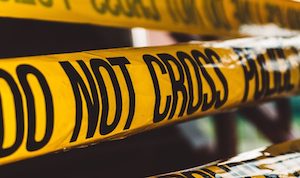 Florida has lots of folks on probation. For the fiscal year 2013-2014, the Department of Corrections supervised 143,809 citizens. Our success rate was 56.4%, and it costs the state $1,825/year to supervise these 143,809 people. Florida only recouped $72 million on that $262.4 million supervision expense. Yes, crime pays. That being said, probation is a far better deal for we taxpayers than incarceration—those numbers are scary (a topic for another day).

Many of Florida’s probationers are sex offenders. To qualify for sex offender probation, you need do nothing more than look at naked 16 year olds on your computer. Sex offenders have far more conditions than standard probationers, and by standard probationers, I mean the ones that may have shot somebody, stabbed someone, or robbed someone at gunpoint. Yes, looking at naked teenagers on your computer is a higher level of supervision than violent crimes (unless, of course, the violent crime is sexual in nature). A sex offender must have a curfew, must not live within 1,000 feet of a school, day care, park, playground. A sex offender must undergo a polygraph examination annually to determine if they are re-offending. Also, a sex offender must keep a driving log, and cannot drive alone without his probation officer’s approval.

And finally, another odd addition to supervision for sex offenders is the ban on pornography found in Florida Statute 948.30(1)(g), which states:

“Unless otherwise indicated in the treatment plan provided by a qualified practitioner in the sexual offender treatment program, a prohibition on viewing, accessing, owning, or possessing any obscene, pornographic, or sexually stimulating visual or auditory material, including telephone, electronic media, computer programs, or computer services that are relevant to the offender’s deviant behavior pattern.”

Most probation officers take this statute to mean that sex offenders may not possess pornography,, so we see plenty of violation of probation charges for pornography possession. Unfortunately, many probation officers simply don’t understand the law (shocking, I know). The Florida Supreme Court addressed this issue in Kasischke v. State, 991 So. 2d 803 (Fla. 2008). Kasischke was sentenced under former Fla. Stat. § 948.03(5)(a)(7), (now Fla. Stat. § 948.30(1)(g)), prohibiting sex offenders, as a condition of probation or community control, from possessing certain materials. The Court held that the statutory language only prohibits possession of pornographic materials that are “relevant to the offender’s deviant behavior pattern”. Id. That being said, our supreme court did not define what “relevant to the offender’s deviant behavior pattern” really means.

The 5th DCA in Sellers v. State noted that “section 948.03(5)(a)(7) does not prohibit a probationer from possessing any and all obscene, pornographic, or sexually stimulating materials, only those materials that are relevant to the charges for which he was placed on probation.” 16 So. 3d 225, 227 (Fla. 5th DCA 2009). Sellers was on probation for possession of child pornography, and the pornography that violated his probation did not contain children. The appellate court overturned his violation of probation and remanded the case for a determination as to what evidence was relied upon to show the pornography was, in fact, rationally related to Sellers’ deviant behavior (the trial court did not forward the pornographic materials to the appeals court).

The Sellers court did provide some guidance as to what would be considered “rationally related” to deviant behavior with the following discussion: “Sellers contends that because he was convicted of possession of child pornography, only materials that actually depict children in a sexually explicit manner will meet the Kasischke test. We disagree. Material that does not actually depict a child could still be relevant to deviant proclivities involving children if the material was sexually explicit and contained a puerile or adolescent theme.” Id., footnote 2.

The case of Bauer v. State provides a deeper analysis than Sellers in addressing the question of what constitutes materials which are relevant to the offender’s deviant behavior pattern. 96 So. 3d 1063 (Fla. 4th DCA 2012). Bauer was convicted of fondling an 11 year old girl’s breast and genitalia while she was sleeping over at the defendant’s residence. When probation searched Bauer’s home, they discovered a pornographic DVD containing adult sex, some of which contained, to no one’s surprise, images of adult males fondling the breast and genitalia of adult females. The Bauer court held that the defendant did not violate his probation, holding that:

“[W]e disagree with the state’s argument, which the circuit court apparently adopted, that the defendant’s possession of the DVDs violated his probation because the DVDs depicted females and the underlying victim was female. Without the benefit of expert testimony from the state, we have no basis to conclude that gender, by itself, was relevant to the defendant’s deviant behavior pattern. More importantly, the state’s gender-based argument seems illogical if it permitted the defendant to have possessed the DVDs at issue only if the persons depicted in the DVDs were all male or if the victim in the underlying case was male.” Id.