We got some good news from the Florida legislature in October of 2019. I’ve been defending criminal cases for 26 years and I’m not even used to saying that we’ve got good news because the punishment always seems to get worse and worse.

In this case, for shoplifting, for petit theft, for grand theft–all that stuff got better. And here’s how it got better. 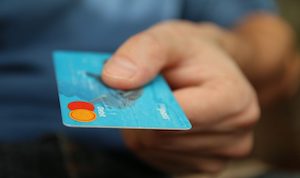 It takes $750 to get to the felony threshold, which is a beautiful thing. So, the new law breaks down the petit theft, what we also call shoplifting–all the stuff under $750, it breaks it down into two forms.

The lowest petit theft shoplifting charge you can have is what we call a second degree misdemeanor. Let’s say you went to Publix, or you’re accused of going into WalMart’s self-checkout lane and the items are under $100. For items that are under $100 that’s a second degree misdemeanor. You can get 60 days in jail, 6 months probation, and a $500 fine for a first offense. So that’s the low level shoplifting / petit theft charge.

From there, everything over $100 but below the $750 threshold–that is a first degree misdemeanor, an M1 is what we call it. And, you face a year in jail, a $1,000 fine, and a year of probation. Any combination of those punishments for accusations of items totaling over $100 but under $750.

So that’s the good news for today is that the legislature is making it a little harder for the prosecutors to get a felony out of a shoplifting case. It used to be pretty easy to rack up $300 in a store and be in circuit court on a felony. Nowadays, $750 is going to be tough to get to. So, that’s my news for today, that’s my update for today.