A petit theft charge here in Florida is a scary thing, let’s not forget that folks are going to jail on these charges depending on the judge. Now, they’re not going to jail for very long, but even a slap on the wrist jail stint is dreadful, right? And even worse, a shoplifting charge will absolutely kill all future employment opportunities. So, now that we have dispensed the usual disclaimers and told you all the scary things lawyers like to remind you of, let’s dig deeper into what’s involved with a shoplifting charge.

Shoplifting cases often involve video evidence. Walmart, for example, has at least four camera angles on each of their self-check out lanes, and high crime areas like the make-up and jewelry areas also have lots of cameras. We defense attorneys analyze this footage to see if it matches up to the claims of loss prevention. 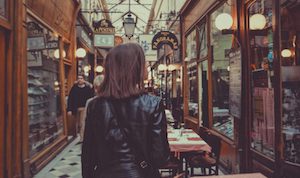 Now, even though an attorney can get you out of most court dates, you may still have to do some classes and some community service to get this case dropped or resolved. The most common class you’ll need to complete on a Florida shoplifting charge is called the anti0theft class, or shoplifting impulse control class. The shoplifting class is 8 hours long, and it tells you not to steal (shocking, I know).

Finally, the most important step on a shoplifting case is that your attorney must seal or expunge this record so that no one can see it down the road. Attorneys will get your charges dismissed and you’ll think its over, but the record of this will still be there, so get it erased. Its worth it.

I’m John Guidry, if you’re facing a petit theft or shoplifting in Orange, Seminole, or Osceola County, give me a call, let’s see if we can help you out. Thanks for watching, take care.