State Can't Prove Violation of Probation on a New Arrest 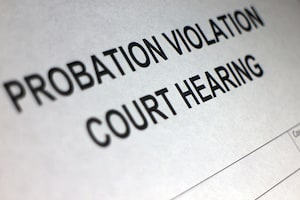 Violations of probation (VOP’s) come in all shapes and sizes. Some are more difficult to prove than others. A dirty urine violation, for example, is deceptively complex. Even a curfew violation may not be as simple as you might think. But today we’re going to review what happens when a citizen is on probation and violates by getting arrested on a new charge. Nothing gets a prosecutor more giddy than a VOP case based upon a new arrest. But, don’t be distracted by a prosecutor’s confidence, as their zeal often blinds them to the weaknesses in their case. I’m all for a little confidence, it makes my job easier.

The recent case of Vidale v. State sheds some light on just how difficult it can be to prove up a new law violation at a VOP hearing. 166 So. 3d 935 (Fla. 4th DCA 2015). Vidale was serving a two year probationary term for dealing in stolen property and throwing a deadly missile. Like all other probationers, he had two prime directives while on probation. First, don’t get arrested. Second, don’t hang out with criminals. Easy enough, right? These conditions pretty much parrot every mom’s advice on Earth. Unfortunately, Vidale found himself in jail on a violation of probation due to a new arrest for burglary of a dwelling and possession of cannabis. Here’s the testimony at the violation of probation hearing.

The officer who arrested Vidale on the new burglary charge told the court that someone’s home was burglarized. The victim of this burglary also testified, explaining that when he came home, he found the police examining his broken rear slider (never a good thing to see the police as you arrive home). The victim testified that lots of jewelry was missing. The arresting officer told the court that a neighbor heard a loud crash, looked over at the home, and noticed an Audi parked outside. She gave the tag number to the police, and described two young men who emerged from the rear of the home and entered the Audi.

The police found a vehicle matching the neighbor’s description, and pulled it over. However, this was two hours later, and the vehicle now had three people in it, not two. Also, all three occupants were wearing jewelry. The police gathered up the jewelry, and some of it turned out to be identified as stolen by the victim. Vidale had weed in his pocket, and was arrested for that as well.

So, the VOP court found that Vidale did, in fact, help commit this burglary, and he associated with criminals. He was given a twenty year prison sentence. Yes, you heard me. Twenty years. Remember, Vidale was serving a two year probation sentence (no jail or prison on the original sentence). As you can see, violating probation can bring a far more severe sentence than originally imposed.

Was Vidale really guilty of violating his probation? Pretend that I didn’t give away the ending by telling you how difficult these things are to prove, let’s sit back and enjoy the mechanics of an appellate court tearing the prosecutor’s case to shreds.

Violation of probation hearings are tricky for prosecutors because hearsay evidence cannot be the sole basis of the conviction. But, hearsay is admissible in a VOP hearing. So, it’s tempting to abuse this privilege and admit lots of hearsay, leaving out lots of “actual evidence”. Maybe you don’t know what hearsay is, and this whole article is starting to sound like an episode of Inside Baseball, so let’s define the term. Hearsay is when a witness tells the court what someone told the witness. In this VOP hearing, notice that the neighbor did not testify at the hearing? The arresting officer testified as to what the neighbor said. That’s hearsay. Sure, the officer was permitted to utter hearsay statements (like, what the neighbor told him about the car, and two young people), but such a statement cannot be the sole basis for violating Vidale. The appeals court decided to start keeping score as to how much of Vidale’s conviction was hearsay, and how much was actual evidence. Looks like the prosecutor didn’t present much evidence of Vidale’s crime, only evidence of what the officer had been told. As told by the appellate court, here’s an analysis of the “evidence” presented at the VOP hearing:

[1] “The neighbor who saw the perpetrators did not testify. Therefore, all of her statements were hearsay, including her report of the license tag number of the getaway vehicle.” Id. at 937.

[2] “The first officer, who spoke to the neighbor, did not testify as to any direct knowledge of appellant’s involvement.” Id.

[3] “The second officer, who stopped the vehicle, testified that all three of the occupants were wearing jewelry, but no one testified which pieces of jewelry appellant was wearing or whether that jewelry was owned by the victims.” Id.

[4] “The only direct evidence that the state provided was that appellant was an occupant of a vehicle where jewelry was found.” Id.

[5] “The state did not even present non-hearsay evidence to tie the jewelry found in the vehicle with the victims’ identification of it. While the first officer testified that appellant had some of the stolen jewelry, he admitted he did not actually see who was holding any of the jewelry – he was just going by what other officers had told him.” Id.

[6] “No one testified that appellant was arrested because he matched the description of one of the burglars, this too was hearsay which the officer had obtained from the neighbor.” Id.

Based upon the above, the appeals court overturned Vidale’s 20 year prison sentence for violating his probation. As you can see from above, the court reasoned that “the state failed to present any non-hearsay evidence connecting appellant to the burglary in this case.” Id. As a practice note here, I find that prosecutors often “power down” for VOP hearings. So, when they scale down the size of their presentation for a VOP hearing, they don’t realize that much of what they’ve presented is hearsay. This case is a prime example of that phenomenon.

As a side note, this victory does not mean Vidale is out of the woods, because the VOP is being sent back down to the trial court for clarification regarding the Vidale’s alleged possession of marijuana. He may be resentenced, but it is my hope that the sentence this time will be much lower.