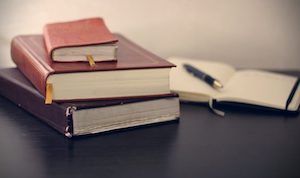 Our government can be lazy. I know that statement may shock some of you, maybe offend others. We’ve spent some time on this issue of forensic evidence, the Crawford case, and its effect on the admissibility of paperwork without human testimony. And, we know that in Melendez-Diaz the United States Supreme Court required Massachusetts to present human testimony supporting its supposedly ‘automatically admissible’ lab reports, because automatically admitting a document which–in effect–testifies against a defendant violates a defendant’s right to confront the witness that created the document. You with me so far? Hang in there, this isn’t exciting stuff, but this is important stuff, trust me, I’m a Doctor (juris doctorate, that is, not a real Dr. like Dre).

Cross examining a piece of paper is impossible. The Supreme Court’s rulings in Crawford and Melendez-Diaz forced prosecutors to call additional witnesses in drug possession cases. Of course, they complained that this only costs taxpayers more money and takes more time. No doubt prosecutors hoped that, maybe, we could just forget about the Constitution to save a little time and money. North Korea saves time and money. China saves time and money. Why even have the expense of a trial and jury to begin with? Police work is only easy in a police state.

Like I said, our government can be lazy. So in response to Melendez-Diaz, prosecutors started presenting testimony from “anyone” at the laboratory (rather than the person that actually conducted the lab analysis). After all, anyone at the lab would know the procedures of the testing done, the standards of the lab, and the operations of the machines used to produce the lab results. This issue brings us to the U.S. Supreme Court’s recent decision in Bullcoming v. New Mexico, 131 S. Ct. 2705 (2011).

What problem did Bullcoming address? Its called “surrogate testimony”, a fancy way of describing how the state admits paperwork into evidence without using the actual person that created the paperwork–but rather–by using the testimony of “somebody else” at the lab to explain the authenticity of the report (a surrogate).

Once again. How do you cross-exam someone about a report that they didn’t generate? How do you cross-examine someone that didn’t actually conduct the test that underlies the lab report? The answer is, you can’t. And the U.S. Supreme Court came to that same conclusion and administered another beat down to prosecutors attempting such lazy evidence procedures. This type of testimony violates the Confrontation Clause because these surrogate witnesses cannot testify about how the particular test was conducted. Surrogates can only speak generally of how the test ‘could have’ been conducted.

Bullcoming overturned the New Mexico Supreme Court’s holding that such surrogate testimony is permissible under the Confrontation Clause because that court thought the lab analyst’s involved were simply signing off on the printouts generated by their gas chromatographs. Anyone in the lab could have signed off on the printout, right? Wrong. The U.S. Supreme Court disagreed, finding that operating these machines requires specialized training that is fertile ground for cross examination.

The high court even mentioned a Colorado forensic lab that “produced at least 206 flawed blood-alcohol readings over a three-year span, prompting the dismissal of several criminal prosecutions. An analyst had used improper amounts of the internal standard, causing the chromatograph machine systematically to inflate BAC measurements.” 131 S. Ct. at 2714. Of course, we know that dozens of cities across the country have had their labs closed or reprimanded for inaccurate reporting (sometimes even rising to the level of fraud).

Keep in mind, lab analysts are not the folks we see on NCIS or CSI. They’re not always scientists with PhD’s in search of the ‘truth’. Often times, these labs are run by the very police agencies seeking to gain a conviction. But, that’s a topic for another day!