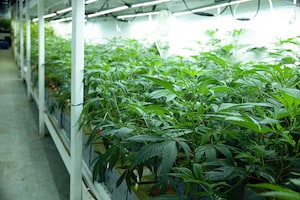 Orlando seems to have quite a few drug choices these days. The biological urge to eat, survive, and procreate seems to be right up there with the urge to get high. So, rather than finding the cure for cancer, some folks have focused their efforts on finding new ways to get high. I’m no evolutionary biologist, but it’s safe to say that these sorts of activities have been around for a long time. For example, how many different animals did humans lick before figuring out that licking the Sonoran Desert Toad has a psychedelic effect (there is/was even a church dedicated to such toad licking–The Church of the Toad of Light, really…). So, if we’ve resorted to licking toads in an attempt to get high, we can only assume that efforts will continue well into the future. Why not synthetic weed?

Yep, synthetic weed is here, and it’s called a variety of names. One such variation is “Mr. Nice Guy”. It does looks like weed, and some people claim it smells a bit like weed. But some cops claim to know everything about weed–and, of course, they don’t. Cops have no clue as to the variations of synthetic strains of weed that do not contain THC, and thus are not illegal. Of course, what happens when you buy synthetic weed, but the police–who know everything about everything–claim that the plant material is, in fact, illegal? Remember, these are the same officers that would rather arrest a citizen found in possession of Oxycodone or Xanax pills without a bottle, rather than investigate their claims of innocence by having a prescription. Good old fashioned police work left the building decades ago.

Anyway, our synthetic weed case is C.M., a juvenile v. State, 83 So.3d 947 (Fla. 3d DCA 2012). C.M. was arrested for possession of marijuana and possession of drug paraphernalia. This case arose out of a standard backpack search at school, a search which uncovered the “weed”, and a makeshift smoking pipe (formerly a glass ear dropper with drug residue). At trial, the officer claimed that the alleged cannabis was not tested because, based upon his training and experience (usually the truth does not follow such a phrase, in my humble opinion), the green leafy substance looked and smelled like marijuana. The green leafy substance was eventually sent to the lab, but no lab results were ever admitted at trial.

When the officer testified, he admitted that synthetic marijuana looks and smells like real marijuana. Then, the juvenile C.M. took the stand on his own behalf, and told the court that the substance was not weed, but was “Mr. Nice Guy”, and that he uses the ear dropper as a pipe to smoke the synthetic weed. The court was in doubt as to whether or not the green leafy substance was, in fact, weed or synthetic, so the judge dismissed the possession of cannabis under 20 grams. I know what you’re thinking, with all that “training and experience”, shouldn’t the judge have just “believed” the cop that the substance was weed? Well, fortunately, not every judge is a rubber stamp for police testimony–some judges do actually require “evidence”. Gee, what a novel concept.

So there you have it. One of the first synthetic weed cases I know of. Not to worry, I’m sure there’s more to come.