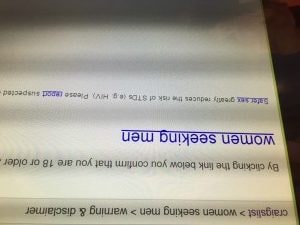 There’s a certain art to getting people to do things that do not come naturally. For example, American soldiers were not killing as many enemies in World War II as some would have preferred, so our government made changes to increase kill rates by the time we arrived in Vietnam. One simple change involved shooting targets. In WWII, soldiers practiced with bull’s-eye designs, but to boost kill rates, our government changed to silhouette targets of actual human beings. (See Dave Grossman’s book “On Killing: The Psychological Cost of Learning to Kill in War and Society”). These changes worked, and kill rates were much higher in Vietnam vs. WWII. Now, at what cost did we increase the kill rate? It has probably cost our soldiers more in mental agony than it is worth, though this is a subject of much debate (about which I know very little, but it might explain the higher rates of PTSD these days). In much the same way that our military has changed how they train their soldiers to kill at a higher rate, law enforcement has changed the way they approach men in their undercover operations to catch sexual predators. Again, at what cost? Our court system seems to ignore law enforcement’s recent push to “create” the crime of traveling to meet a minor, rather than detect this criminal conduct. When our government creates a crime, we typically call that “entrapment”. When our government “detects” a crime, we typically call that “good police work”.

First of all, law enforcement has decided to pick the low hanging fruit: lonely, horny, men (possibly redundant, but not necessarily). You may ask yourself, where does the government find all these lonely men to string along? Craigslist, of course. Specifically, the personal’s section “Women Seeking Men”, or “W4M”. Now, you can’t just go straight to the w4m section. Nope. You must first heed the following warning from Craigslist: “By clicking the w4m link below you confirm that you are 18 or older and understand personals may include adult content.” So, most rational human beings understand that the ads that follow are from women “18 or older”, right? Let’s take a look at (another) a real life Craigslist case, Seo v. State, 143 So. 3d 1189 (Fla. 1st DCA 2014).

After clicking on a statement indicating that Seo was 18 years or older, he responded to a Craigslist ad “fresh yung fun – w4m (franklin/Wakulla) / lookin 2 find someone 2 show me the ropes”. Hum. For several hours, Seo chatted online with an undercover cop. At some point, the undercover cop claimed to be 14 years old, but that didn’t stop Seo from graphically describing the sexual acts he was going to perform (I’ll spare you the details). The two arranged for a meeting, and you know the rest of the story. No, this meeting didn’t end up on MSNBC’s To Catch a Predator, but it probably could have. Mr. Seo was convicted of traveling to meet a minor and unlawful use of a computer service. Seo’s defense attorney filed a Motion to Dismiss, arguing entrapment, but that motion was denied. At trial, Seo’s defense attorney requested a jury instruction on entrapment, but that request was also denied.

Was Seo entrapped? Should the jury have been instructed on entrapment? Let’s review the facts. The cops placed an ad on a website. Legal. But, “the website asked that no one under the age of 18 make use of it.” Id. at 1191. Hum, still pretty legal. Furthermore, “neither the initial posting (“fresh yung fun – w4m”) nor the full ad (“lookin 2 find someone 2 show me the ropes”) gave any indication that the person on the other end of the ad would be under the age of eighteen, “in violation of the site restrictions”. Id. Sounds legal to me.

So far, no shenanigans. At 6:41 a.m., Seo first responded to the ad: “male FSU student here, willing to provide you what you want. Without further ado, wanna chat online sometime?” At 9:51 p.m. that night, the undercover officer responded with “would luv 2 how old r u?” Seo replied at 11:00 p.m. “I am 24, You can get me at yahoo messenger, SN is aminocarboxylic.” Id. at 1192. Then, at 11:30 p.m., the two love birds began chatting on Yahoo Messenger for several hours.

Still, no criminal conduct. Seo asked several times for a picture, and eventually, “he had received the picture she had sent (in fact a picture of a 25-year-old female communications officer for the sheriff’s office).” Id. Can you guess someone’s age by their picture? You can get close. You can say a 25 year old isn’t an 11 year old, or a 14 year old. In a common fit of role playing, however, the undercover officer claimed to be 14 years old, in ninth grade. Given the photo, Mr. Seo wasn’t buying it, and “he thought he was corresponding with someone at least eighteen years of age because the ad was on Craigslist. He testified he had previously responded to ads on Craigslist and had never encountered anybody underage. He also stated that people on such websites ‘role play’ because ‘you can be anyone you want on the Internet.’” Id. And, let’s not forget. The picture of a 25 year old woman. At one point after discussing sex, Seo said “we can def hang out for sure. Just chill together, it will be an experience for me as well. Two bored people can hang together.” Id.

Armed with a picture of a 25 year old woman from an adults-only website, Seo drove to meet the undercover agent. The dissenting opinion in Seo concluded that “there was no question that Mr. Seo drove to a residential neighborhood hoping for a sexual encounter with the woman whose picture had been sent to him. The question was whether he was disposed to prey on girls under eighteen before law enforcement agents suggested it. This was a jury question as to which the defense was entitled to the jury instruction it asked for.” Id. at 1194.

Spoiler Alert: Seo lost his appeal. The appellate court stated that, given the above, Seo’s motion to dismiss on entrapment was properly denied, as was his request for an entrapment jury instruction. Wow. What a poor decision. Now, I’ve been defending criminal cases for over 22 years, so a poorly reasoned appellate court decision is not shocking to me, especially on a sex case. And, not every decision in which I disagree is poorly reasoned. However, in this case, the clouds parted and a beam of justice shined down upon the dissenting opinion from Judge Robert Benton. The reason I’m not explaining the legal issues surrounding this case is because Judge Benton’s dissent does so perfectly. Benton’s dissent makes you wonder how on earth the majority could have read his dissent—and not substituted it for their poorly reasoned majority opinion!

We now have several software developers using “Face Api’s [to] provide state of the art algorithms to process face images, like face detection with gender and age prediction, recognition, alignment and other application level features.” [from Microsoft’s Azure Machine Learning website, dated April 22, 2015]. One of the best apps out there for age detection is a Microsoft website called how-old.net. With all this technology available to determine age, the simple fact is, some people are better at it than the machines (for now, of course, until SkyNet goes online). Seo is good at estimating age from photos and after being convicted of this sex offense, the only job available for him may be utilizing his gift at some carnival. Sad, but true. Seo’s age estimations were simply too good for his own good, he knew he was dealing with an adult once he received a picture of a 25 year old woman. The truth will not set you free, unfortunately.