The Best Marketing Strategy Ever 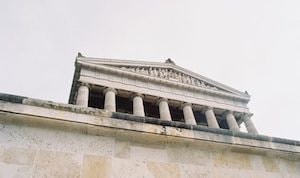 There seems to be a trend toward labeling everything, so that stuff we deem unhealthy is now considered a “disorder”. For example, it used to be that some people were just skinny, and some were fat. Now, if you eat too much or eat too little, we call this an eating “disorder”.

It used to be that some kids were simply more energetic than others. Now, we say these energetic kids have Attention Deficit Disorder (ADD). Back in the day, these kids may have simply been funneled into activities that would burn off that energy, like dancing, for example. A good teacher knew how to handle such kids. Now, pharmaceuticals tend to be the preferred method of addressing ADD. Sad, I think, but I’m no doctor.

And, it used to be that if someone was an asshole, we would all just acknowledge that the person is an asshole. Now, we have something called Empathy Deficit Disorder (EDD). You’re not a jerk now, modern science claims you just have a disorder. I liked the old label better.

According to Douglas LaBier Ph.D. (the guy who coined the term EDD), this disorder occurs when you’re “unable to step outside yourself and tune in to what other people experience, especially those who feel, think and believe differently from yourself. That makes it a source of personal conflicts, of communication breakdown in intimate relationships, and of adversarial attitudes – including hatred – towards groups of people who differ in their beliefs, traditions or ways of life from your own.” [See “Are You Suffering From Empathy Deficit Disorder?”, Psychology Today, Douglas LaBier Ph.D., accessed 11/19/17, https://www.psychologytoday.com/blog/the-new-resilience/201004/are-you-suffering-empathy-deficit-disorder]

When I hear citizens complain about judges, the core of the complaint is often that the judge lacks empathy.

When I hear complaints about other defense attorneys, it sounds like these attorneys suffer from EDD.

When I hear complaints about prosecutors, it sounds like they suffer from EDD.

You get the point. Empathy is everything.

I don’t know where empathy comes from, but I’ve worked in places that had plenty of it. My first job after passing the bar in 1993 was as a public defender here in Orlando. I witnessed several attorneys that had more empathy than they knew what to do with.

The grand daddy of empathy was my Public Defender boss, Joe DuRocher. He wielded his empathy like a super power. Seriously. I realize that folks (who have never been in a courtroom) believe that a great attorney must be “tough” and “fight” and “blah blah blah”. Nothing could be further from the truth. Joe cared about his employees. Joe cared about the indigent people we represented at the Public Defender’s Office. This caring, this empathy, translated into top notch defenses for those who couldn’t afford it.

“The best marketing strategy ever? Care.”

(I attribute the above quote to Gary Vaynerchuk, but I forgot where he said it).