The “I’m Just a Burglar” Defense 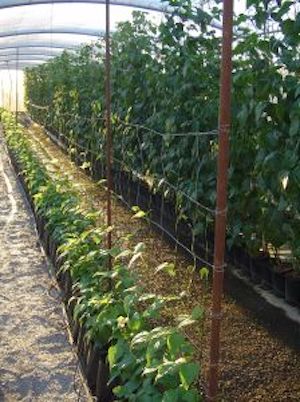 As you know, I’ve been practicing criminal defense here in Orlando for twenty years. The time has flown by, doesn’t even seem possible. And, I’ve never ever been a prosecutor–only defense, all these years. Basically, I’ve heard a lot of stories. Some true, some not-so-true. I hate to say it, but we defense attorneys get a good laugh at the stories that folks think will pass as a “defense”. This next case review qualifies as just such a story.

In Balsuto-Rodriguez v. State, the defendant was found guilty of trafficking in cannabis–because, he was present at a grow house. 95 So.3d 403 (Fla.App. 3rd DCA 2012). Now, what’s funny is the defendant’s claim that he had nothing to do with the hydroponic grow house operation, he was simply burglarizing the home when the cops showed up! Yea. So the defendant admitted to a burglary of a dwelling, but denied a trafficking in cannabis. This one, I haven’t heard before. Here’s how it went down.

This story began like any other grow house search warrant case. The police received a tip. The police then conducted surveillance, and once they gathered enough suspicious facts, they obtained a warrant and forced their way into the home for a search. Inside, the cops discovered at least 250 marijuana plants, all growing in plain view, hydroponically. Usually, drug unit will arrest everyone found on site for at least three charges: cultivation of cannabis, possession of cannabis with intent to sell or distribute, and trafficking in cannabis charge. This last charge, trafficking, depends upon the number of plants found, or the weight of the plants. A minimum of 300 plants or 25 pounds must be proven to get a trafficking in cannabis conviction.

Now, back to the story. As the police were conducting their search, they heard something/someone upstairs in the attic. The officers demanded that the attic dwellers come down, but they refused–only to find themselves falling thru the ceiling to be arrested. The court indicated that “Basulto-Rodriguez’s theory of defense was that he and his associate were in the house to burglarize it when the police coincidentally happened to enter the house and apprehend them.” Id. Really?

This case would have been a pretty good candidate for dismissal under a constructive possession theory, as there were two defendants found in the house with these marijuana plants. But, a constructive possession case becomes far worse for a defendant when the drugs are found in plain view. In this case, the marijuana plants were in plain view, for everyone to see. As you might expect, the appeals court denied the defendant’s appeal in this case. So, I guess we can scrap the “I didn’t know anything about it, I was just burglarizing the place” defense.