The Justice Gap Is Widening 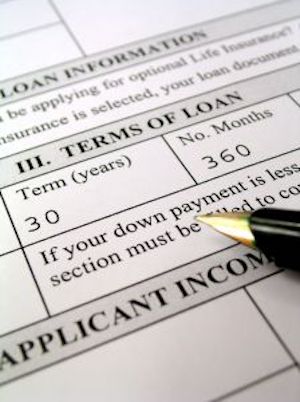 I’m sure you remember the financial crisis in 2008 involving Wall Street and fraudulent mortgage backed securities. I’m sure you’re sick of hearing about it too, but hang in there, this all ties in, I promise. We’re going to compare the treatment a Florida citizen receives for her mortgage fraud, versus the punishment received on Wall Street for a similar mortgage fraud. Can you guess where this is going? Let’s start with Wall Street.

Recently, a federal judge summarized the 2008 crisis as follows, “Did defendants accurately describe the home mortgages in the offering documents for the securities they sold that were backed by those mortgages? Following trial, the answer to that question is clear. The offering documents did not correctly describe the mortgage loans. The magnitude of falsity, conservatively measured, is enormous.” [Judge Denise L. Cote, Federal Housing Finance Agency v. Nomura Holding America, 2015 U.S. Dist. LEXIS 10466 ( S.D.N.Y. 2015, Case No. 11cv6201]

Ok, so Wall Street didn’t “accurately describe” some home mortgages, and we all know how that story ends. What about the little guy, or in our case, a gal named Jacqueline Izquierdo. She was convicted of mortgage fraud and grand theft. The prosecutors claimed that she provided false information on loan documents used by the mortgage company to determine her eligibility for the mortgage, and convicted of grand theft for taking $216,000 in loan money that she, supposedly, was not entitled to. Izquierdo v. State (Fla. 3rd DCA October 28, 2015, Case No. 3D13-2751).

Just for a little perspective here, remember the billions of dollars in mortgage fraud from 2008? No one was arrested. No one went to prison. Ms. Izquierdo received a sentence of 14 months prison, followed by two years of home confinement (community control, as we call it here in Florida), and then 8 years of supervised probation. Here’s what she did.

If you believe the prosecutors, Izquierdo cashed out the purchase of her condominium. It all started when Izquierdo filled out a completely legitimate mortgage application to Countrywide. She borrowed approximately $216,000 from Countrywide, and up until this point, there’s nothing fraudulent about this transaction. But the back end gets worse. Izquierdo told Countrywide that $146,000 should be paid to C & C Investment to pay off the previous mortgage. C & C Investment was really Izquierdo’s company. However, Izquierdo qualified for the loan and was faithfully paying off the loan for the 18 months leading up to her arrest. So yes, this is fraud. And yes, it took some assistance from the title company to pull off this stunt. But, I wouldn’t go so far as to say that “the magnitude of falsity” here was “enormous”, as it was for the Wall Street mortgage defendants. Oh wait, no one was arrested on Wall Street, there were no “defendants” on Wall Street, only companies paying fines. My bad.

I guess what I’m saying is, if Izquierdo was a Wall Street bank, I don’t think we’d be having this conversation right now.

There’s no problem with the State’s contention that fraud was committed, but where’s the intent to support a grand theft charge while Izquierdo was paying off the mortgage monthly, as agreed? She qualified for the loan. She submitted an honest loan application, with the appellate court noting that the “State does not allege that Izquierdo made any fraudulent representations in her mortgage application”. Id. Did Wall Street submit honest mortgage documents to the teacher’s unions who bought their worthless mortgage backed securities? I hate to keep bringing this up, but a 361 page federal court decision stated that “the magnitude of [Wall Street’s] falsity . . . was enormous”.

How can you commit grand theft on a loan which you qualified for, and faithfully paid for a year and a half? Grand theft requires an intent to deprive, and Countrywide was getting their money back monthly as agreed, and they gave the loan based upon a legitimate mortgage application. Section 812.014(1) of the Florida Statutes states that a person commits grand theft if he or she either “(a) deprive[s] the other person of a right to the property or a benefit from the property, and (b) appropriate[s] the property to his or her own use or to the use of any person not entitled to the use of the property.” Izquierdo’s mortgage application was legitimate, and the loan was being paid, so where’s the intent to deprive the other person of their money? Seems to me they were getting their money monthly.

Unfortunately, the appellate court disagreed, finding that the State presented enough evidence to show that other documents reflected an intent to steal, even with a perfect mortgage payment history. The state cited fraudulent documents that pertained to Izquierdo’s cash back shenanigans at closing. The court cited Henry v. State for the proposition that a “partial payment can negate an inference of an intention to steal, [but] the State can present sufficient circumstantial evidence of felonious intent if there is ‘evidence of willful misrepresentations to induce the seller to close on the transaction’”. Id. Henry, 133 So. 3d 1034, 1038 (Fla. 4th DCA 2014). So, she lost her appeal. Both convictions stand.

Here’s what’s upsetting about this case. Major banks committed enormous mortgage frauds, but no one went to prison. By comparison, little Jacqueline here committed a decent sized fraud, but nothing on the level of the very company she stole from. Jacqueline must serve 14 months in prison, followed by two years of home confinement, followed by almost a decade of probation. If 216G was stolen from me, I’d be screaming bloody murder, believe me. But in Jacqueline’s case, she stole from the very company that paid out huge fines for their own mortgage fraud. Countrywide didn’t receive jail time, just fines. I’m upset that the ruling class gets off with a fine, and the little people like Jacqueline are sent to prison. I’m not worried about the gap in wealth, I’m worried about the gap in justice. How can we close this gap?