The “My Cousin Vinny” Defense 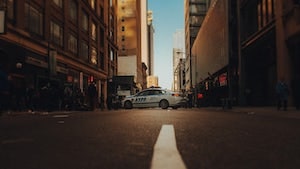 Can you “know” the truth by reading a few words?

Often, truth cannot be reduced to words, its just something you feel deep down (Are we talking about feelings already? And you thought you were going to learn some legal stuff? Patience, Dear Reader).

For example, I truly knew my beloved youngest brother. And, I could write a book containing everything about him, all of our good times, his heart felt laughter, his date of birth. This book could describe every moment we shared, but those words on a page will not, ever, adequately describe who he was. What he meant to me. Words just don’t cut it.

Without getting too fuzzy here (too late?), the good news is that the truth can be conveyed without words. Maybe a kiss. Maybe just the touch of a hand (Yes, I stole that from a song). Think about spiritual practices, for example. Many people have experienced profound truths that cannot be reduced to symbols on a page. My pastor always says that you get things in church that you just don’t get anywhere else.

The same goes for music, it can deliver truth where mere words would fail. Have you ever heard a song a thousand times, only to have it jump out and reveal a truth you hadn’t heard before? My youngest brother, for example, was a big Grateful Dead fan. Yes, concerts and everything (that’s what I mean by a “big” Grateful Dead fan, he followed them around). I never got it. Then, a few years ago, “Scarlet Begonias” came on the radio. I’ve heard this song a thousand times. I like Sublime’s cover better (blasphemy?), but I’ve listened to this Dead song for, like, thirty years. The song came out in 1975. In 2016 the lyrics just jumped out at me. I got it. After all these years. Odd, right?

Same situation with Bob Dylan. I never really cared for Bob Dylan. Then, one day I’m tolerating “A Hard Rain’s Gonna Fall”, and it just hits me like a ton of bricks. The song brings me to tears (not sobbing, but a drop or two sneaked out of my left eye, similar to that Indian in the old pollution commercial). Anyway, I’ve heard this song for 30+ years. Why did it take so long for me to get it? I’m now left wondering if Dylan is some sort of prophet. Odd, right?

Ok, we started out wondering if words on a page could get you to the truth. And that is, sort of, related to the My-Cousin-Vinny Defense.

Our case for today is S.C. v. State, 2017 Fla. App. LEXIS 9959 (Fla. 3d DCA 2017). S.C. (a juvenile, for you non-lawyers out there) was found guilty of possessing a stolen driver’s license. S.C. claimed at trial that his so-called confession was really just a misinterpretation of the words he used, much like the defense in the movie My Cousin Vinny. The Third District Court of Appeals does a great job of describing this defense, so here it is:

“S.C., in response to the confession, makes a My-Cousin-Vinny defense. There are many gems in the 1992 movie My Cousin Vinny – rated by the American Bar Association Journal as the third greatest legal movie of all time – about trial lawyering and procedure, but in one particular scene an arrestee is being asked about shooting a store clerk after inadvertently taking a can of tuna fish. The sheriff asks:

Sheriff: When’d you shoot him?

Sheriff: At what point did you shoot the clerk?

Arrestee: I shot the clerk?

Sheriff: Yes. When did you shoot him?

Arrestee: I shot the clerk?

The sheriff then gets interrupted by a staff member and the interrogation abruptly ends. At the subsequent trial for the murder of the store clerk, the sheriff, recounting the confession, reads the transcript of the arrestee’s statement, “I shot the clerk,” as a declaration rather than as a question, which changed the meaning.” – S.C. v. State, at 4.

So, can we know the “truth” by reading back the transcript of an alleged confession? As you can see from the movie script above, the truth isn’t always contained in words alone. That being said, the appellate court wasn’t buying S.C.’s logic here, and denied his appeal.